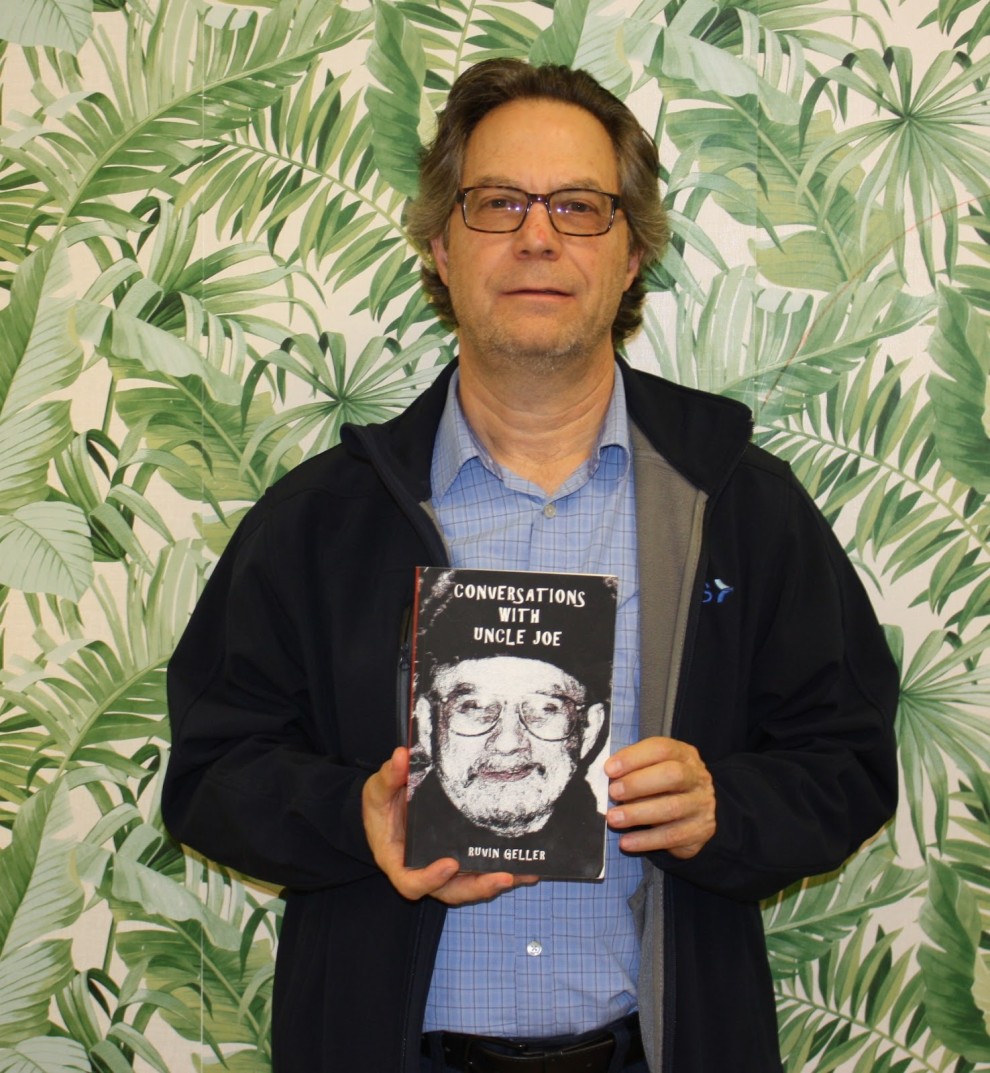 Ruvin Geller’s Uncle Joe was ‘quite a character’

Ruvin Geller, a Montreal native who has lived in Ottawa for over 35 years, began writing jokes in 2012 because he wanted to try standup comedy. But, then he decided he would rather “just sit and write a book.”

Geller published his first book, Sit Down Comedy, a collection of comical short stories and puns based on his life, in 2013. Now he’s back with a second effort, Conversations with Uncle Joe, recounting discussions he’d had with his late uncle over the course of his life. Each chapter of the book is a different memory of Uncle Joe, who Geller describes as “a cross between Archie Bunker from ‘All in the Family’ and Larry David’s character in ‘Curb your Enthusiasm.’”

In one chapter, Uncle Joe gets pickle brine in his eye after managing to get his hand lodged in a pickle jar. In another, Uncle Joe argues that he doesn’t need to clean his dirty glasses because they “won’t get sick and they don’t smell.” Several chapters reference Uncle Joe’s frequent flatulence, which, Geller says, was a “big joke for him.”

In each chapter, Geller sets the year for the conversation by mentioning which current rock song he was listening to at the time. Conversations with Uncle Joe also includes numerous references to Judaism and to Montreal, which he says, “quite a few people will be able to relate to.”

Geller defines the book as a work of biographical fiction, because while many stories about his Uncle Joe have “some truth to them,” he made a lot of them up.

“Some of the stories may have started out being real, but maybe I exaggerated a few points or changed things if I thought they were funnier that way,” Geller said.

Geller acknowledges many stories in the book are “politically incorrect” and “not exactly friendly to today’s tolerance of the planet’s rich cultural diversities.” He said this is because, at the time, stereotypes were “far more common than they are now,” and so Uncle Joe could be “ignorant, but not racist.”

Geller said while the overall purpose of the book is to entertain, its underlying message is that “deep down inside, no matter how rough around the edges a person is, they can still be good.”

“[Uncle Joe] was rough around the edges, didn’t have an education and was a bit of a simpleton, but he was not as bad in real life as he is in the book,” Geller said. “I believe my uncle was a good person. He was certainly quite a character.”