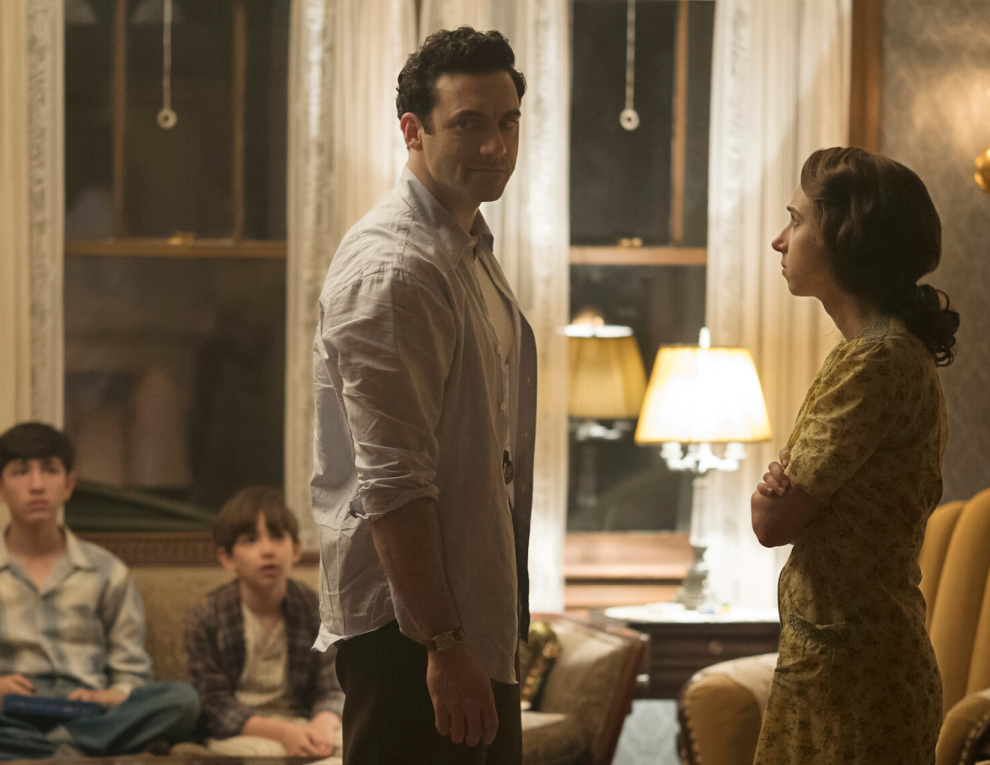 I cover antisemitism on a daily basis. This is why ‘The Plot Against America’ is the scariest show I’ve seen.

(JTA) – I wasn’t expecting HBO’s “The Plot Against America,” David Simon’s miniseries adaptation of the Philip Roth novel, to scar me the way it has.

I work with news about the rise of antisemitism and hate crimes around the world on a daily basis. As an editor focused more on international coverage recently, here are some of the highlights from this past week or so: a torched synagogue in Russia, a Romanian priest who kind of compared Jews to COVOD-19 and a neo-Nazi group run by a 13-year-old that planned to bomb a synagogue.

I have also covered how antisemitic and xenophobic attitudes – the kind espoused by the Pittsburgh synagogue shooter and those at the Charlottesville rally who shouted “Jews will not replace us” – have seeped back into underground discourse across the U.S.

The thing is, most of this stuff is either a world away from my daily life or numbing in its sheer quantity. It’s not that I don’t know anything about Romania, it just isn’t quite suburban New Jersey, which is where I’ve holed up with my parents during this quarantine. On the numbers front, we’ve had many discussions among editors about how to best cover all of the swastikas that are spray-painted on Jewish monuments and institutions around the world in a given week, because many times we can’t get to it all.

So, in some ways, I almost expected “The Plot Against America” to feel like old news. Roth’s novel (which, it may be worth noting, I haven’t read) is about a Jewish family stuck in an eerie alternate history, in which the infamous antisemite Charles Lindbergh has become president of the United States. He keeps the U.S. out of World War II, establishes friendly relations with Nazi Germany and encourages a strain of just-under-the-surface white nationalism we’re seeing re-emerge today.

Swastikas begin to appear on Jewish graves. A liberal political rally turns violent when Nazi supporters crash it with clubs and fists. A Nazi official comes to Washington for an official visit.

For some, seeing this play out on screen in a compelling and well-written TV series would be horrifying – but not for me, the editor who has chronicled the growth of this kind of movement in real life for years. Or so I thought.

But I was completely wrong: The show has made everything I work with feel more immediate, close to home and tangible – and subsequently more frightening.

I’ve had time to reflect on it (the sixth and final episode airs Monday night) and I’ve settled on a few reasons why the show has had such a powerful effect on me.

First, the Jewish world that Roth (and by extension Simon, the creator of acclaimed shows such as “The Wire” and “The Deuce” and one of the best TV writers of any generation) has created is incredibly real. There’s never been such a thing as a typical American Jewish family – the country has always been full of a proud range of religious expressions. But the Levin family that anchors “Plot” comes close to an American archetype.

In many senses, the Levins feel like the 1940s version of my family. They’re not very religious, but have strong Jewish cultural ties. They go to their local Jewish bakery more than their synagogue. They can recite memorized lines of Hebrew, but don’t know what the words mean.

Other recent shows that have depicted Jews have leaned toward stereotype, not archetype. “Hunters,” the recent Amazon series about Nazi hunters in New York City, offers an example: Its efforts toward Jewish authenticity rely on matzah ball soup, gefilte fish jokes, prayers and ridiculous Yiddish accents. So, when one “Hunters” character calls another a “kike,” it didn’t feel like an attack on me or anyone like me.

By comparison, every slur in “Plot” packs a strong punch. When the Levins are told to leave their hotel for no reason other than their Jewishness, and the police ignore their claims of discrimination, I got queasy. When an intimidatingly large antisemite comes over to their café table to tell them to be quiet, I cowered into my couch pillows.

But Simon also captures a feeling that’s even more crucial, from an affect point of view, than the characters’ Jewishness: the feeling of being watched over, manipulated and on one’s own. Their government claims to support them, but it’s only a nominal protection, a state of being that could easily slip into a much darker place.

The tension of being on that dividing line, between safety and a lack of it, fills me with dread as I watch. For me at least, that made the show more powerful than a gut-wrenching Holocaust film that shows Jews being violently abused and murdered.

It shows what I could be dealing with in the future, should the gears of history tilt slightly the wrong way.