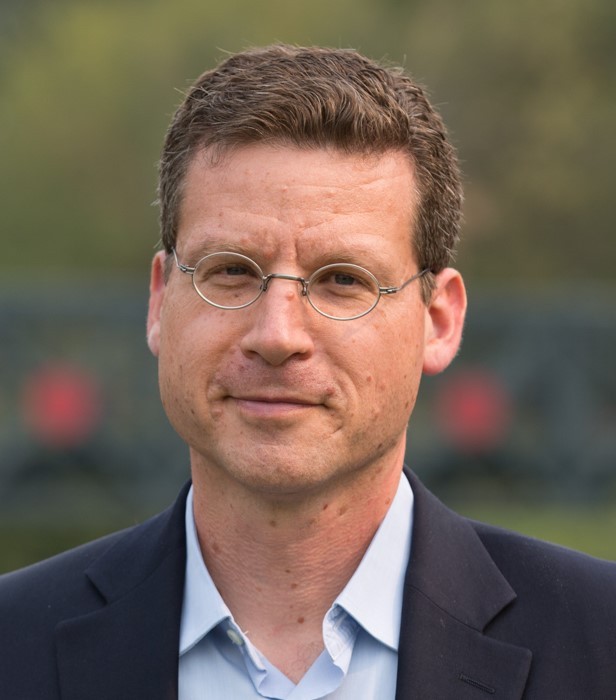 Jewish identity is a theme of Daniel Goodwin’s latest novel

Asserting your identity is one of the themes in a new novel from writer Daniel Goodwin, who recently moved back to Ottawa from Calgary.

His novel, The Art of Being Lewis, will be released April 27 by Cormorant Books.

Born in Montreal, Goodwin lived on the East Coast for a number of years, then moved to Ottawa and then out west.

“Now we’re back,” he says of his wife Kara and three children. Kara joined the staff of the Jewish Federation of Ottawa last August as director of community collaboration.

The family was just back in Calgary, where their daughter Anneke wanted to have her bat mitzvah because she has many friends there.

The author has had a longtime interest in the theme of identity.

“My family name was originally Goldberg,” he said. “The family name of the character in the book was originally Mortinsky, and it was changed to Morton before he was born. I’ve always been fascinated by the Jewish immigration experience and name changes.”

In the novel, the mother is very artistic and prone to depression, he said. “The father is a lawyer and has a relaxed attitude to Jewishness and organized religion. He grows up with an ambivalent attitude to his Jewishness. He tries to cope in many ways, and then goes to synagogue quite despondent. He hasn’t been there for many years and ends up reminiscing about his father. Generally, the book is about Lewis dealing with many issues,” including the role of religion as part of his identity.

Goodwin has worked as a teacher, journalist, corporate communicator and government relations executive, but has always strived to carefully balance his writing and his work life. He comes from a creative heritage – poet Irving Layton was a great-uncle and painter and sculptor Betty Goodwin was an aunt.

“I don’t watch TV, I don’t have regular hobbies like playing golf,” he said. “I get up a little early every morning and I write. I always carry a little notebook as I ride the bus. I write non-sequentially, not the first line to the last line, and so there’s a lot of revising and rewriting.”

He holds an MA in English from Concordia University where, he says, a teacher told him, “Writing cannot be taught, but it can be learned… You only really learn by writing, and making mistakes.”

Quoting Somerset Maugham, he quips, “There are three rules for writing a novel. Unfortunately, no one knows what they are.”

“The point of literature is to entertain,” said Goodwin. “I hope people enjoy the humour and Morton’s journey to overcome his difficulties. I hope they find some relevance to their life, and that there are some universal elements. Each of us is on a journey to become who we are and to find out what we’re made of.”

Visit https://danielgoodwin.me/ for more information about Daniel Goodwin and his books.