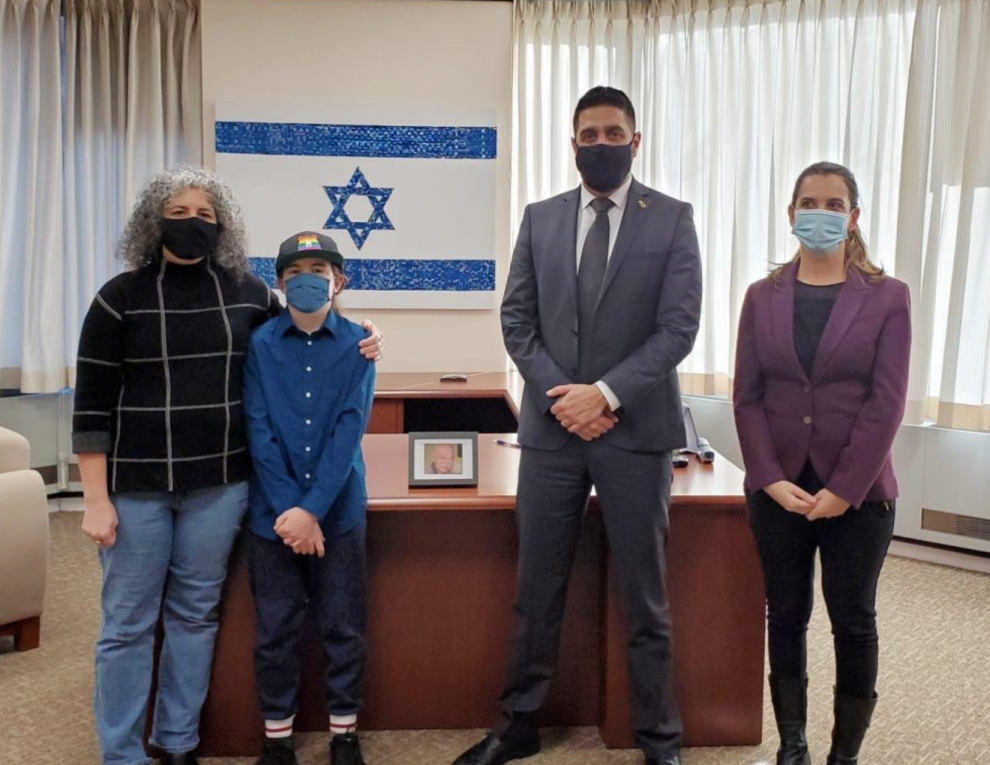 By Rebecca Abelson, Embassy of Israel

The Israeli flag created by Shlomo Feldberg shortly before his passing hangs proudly in the Ambassador’s office in the Embassy of Israel in Ottawa.

Feldberg, a Holocaust survivor, artist, and Ottawa-resident hoped his flag would be hung in a significant place. Scott Dubin, Feldberg’s son-in-law, was committed to making this happen. While living as a lone soldier in Israel, Dubin befriended Ohad Kaynar, the current chargé d’affaires in Ottawa. After Feldberg’s passing, Dubin asked Kaynar about placing the flag in the Embassy.

Despite the challenges of the pandemic, the Embassy arranged a small ceremony to hang Feldberg’s flag in the Ambassador’s office. Chargé d’Affaires Kaynar, Consul and Head of Administration Orly Erlich, Feldberg’s daughter Sarah and her son Dylan attended the November 18th ceremony.

According to Kaynar, “It’s closing a circle. It’s a great privilege and a mitzvah to help the Feldberg family fulfil Shlomo’s last request.”

Born in the Soviet Union in 1940, Feldberg and his family escaped Nazi death squads rampaging through Eastern Poland. They survived wartime Sverdlovsk, Stalingrad, and evacuated to the high desert of Kazakhstan. After the war, Feldberg and his parents joined Aliyah Bet, the postwar migration of Holocaust survivors to Israel. Feldberg cited his experiences in Israel after the Holocaust in shaping his artistry.

Growing up in the post-war era, Feldberg became accustomed to using everyday objects such as recycled metals in his artwork. His resourcefulness and ability to transform mundane objects into pieces of art were sustained throughout his life. The Israeli flag hanging in the Ambassador’s office is a notable example of his artistic ethos.

After serving in the Israeli army in the early 1960s, Feldberg immigrated to Canada to reunite with relatives. He graduated as an electrical engineer in Ottawa where he met his wife, Wendy Heald, and was later blessed with three children and five grandchildren.

Throughout his years in Ottawa, Feldberg was a respected Hebrew teacher who taught weekly Torah portion lessons. Feldberg passed away in March 2016 at the age of 75.

The art installation in the Embassy is one small way to honour Feldberg’s life and work. His resourcefulness, creativity, and admiration of Israel will be on display for Israeli ambassadors for years to come. 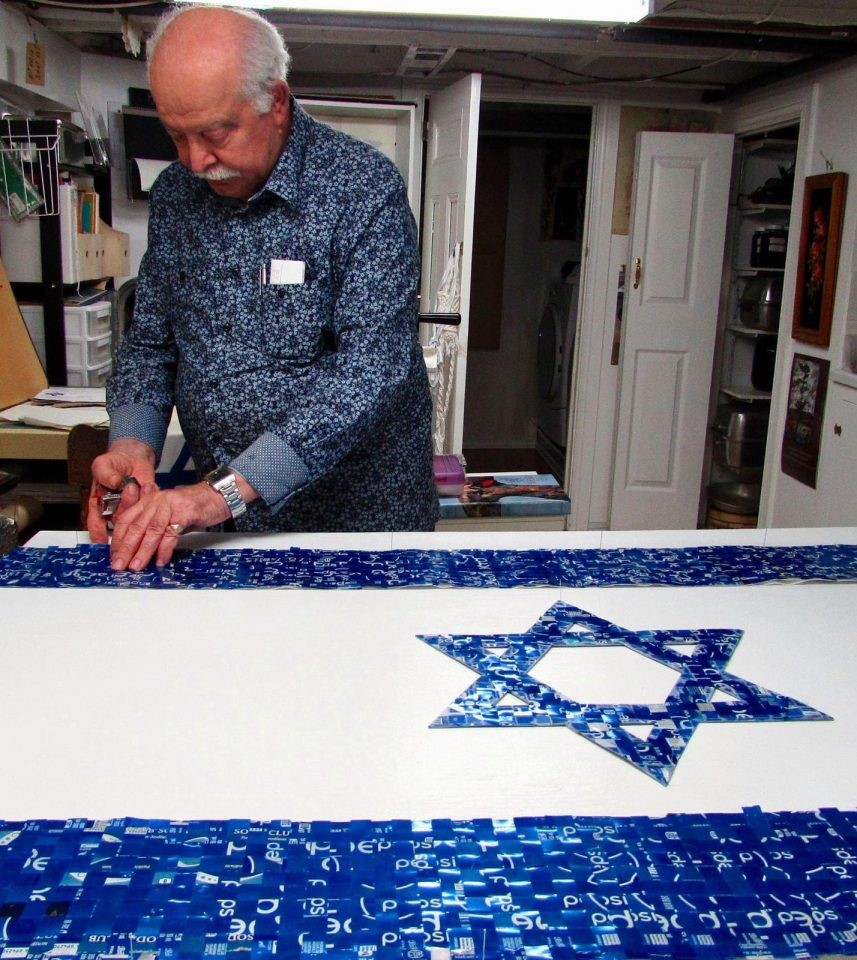 Photo 1: (From left) Sarah Feldberg and son Dylan with Chargé d’Affaires Ohad Kaynar and Consul and Head of Administration Orly Erlich in the Ambassador’s office at the Embassy of Israel. A photo of the late artist Shlomo Feldberg is on the desk and Feldberg’s Israeli flag art piece hangs on the wall. (Click on the photo to see the full resolution.)

Photo 2: Artist Shlomo Feldberg at work on his piece that now hangs in the Ambassador’s office at Embassy of Israel in Ottawa. (Photo courtesy of the Feldberg family)