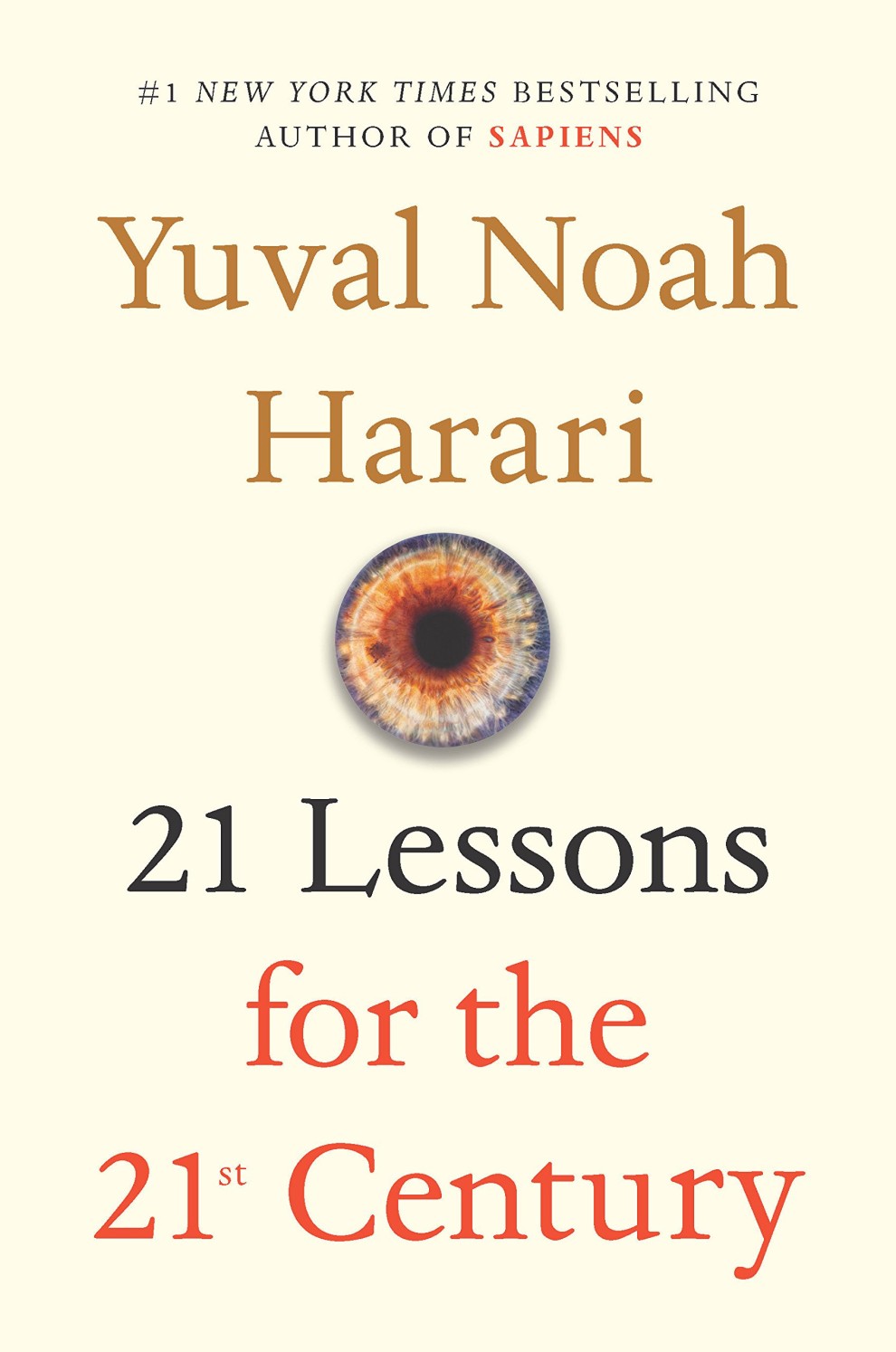 Yuval Noah Harari is one of those Israelis who doesn’t exactly know everything, but sure knows more than most of us. He has a PhD in history from the University of Oxford, lectures in history at the Hebrew University of Jerusalem, and has already written two widely reviewed and bestselling books, Sapiens and Homo Deus.

The present is a slippery place to explore. It keeps sliding into the past, which is never really past, and gobbling up the future. The book itself deals not with the present, but with the 21st century, a more measurable concept.

Harari states his purpose in the introduction: “In this book I want to zoom in on the here and now. My focus is on current affairs and on the immediate future of human societies. What is happening right now? What are today’s greatest challenges and most important choices? What should we teach our kids?”

That is no small agenda. It is carried out with 21 “lessons,” really 21 essays on topics chosen by the author. Some of the chapter titles are:  “Work,” “Liberty,” “God,” “Justice,” and “Meaning.” Of course, any such title can easily support a book all by itself. A visitor to any library will find lots of books on all of them. Harari moves briskly from one chapter to the next, and connects them by reference to a theme: “The twin revolutions in information technology and biotechnology confront us with the biggest challenges our species has ever encountered… It is crucial to realize that the AI revolution is not just about computers getting faster and smarter. It is fueled by breakthroughs in the life sciences and the social sciences as well.”

The point is that research in neuroscience has disclosed that human decisions result from “billions of neurons calculating probabilities within a split second.” So machines can be trained to read people faster – and therefore better, than people can. Harari sees a time, not far off – when artificial intelligence will rule the world.

Harari is candid that he is a secular person of liberal opinions. He doesn’t believe in anything supernatural, and is contemptuous of national or religious chauvinism. He gives special attention to Judaism, “since it is more polite to criticize one’s own people than to criticize foreigners.” A few of his comments:

“What my people lack in numbers and real influence, they more than compensate for in chutzpah.”

“The Talmud is a far more thoughtful and compassionate book than the Old Testament.”

“Jewish orthodoxy…even today holds that Jews are intrinsically superior to all other humans.”

I asked Rabbi Reuven Bulka about that last statement and he assured me it is narishkeit (foolishness).

Harari finishes by becoming personal, even intimate, in Chapter 21, “Meditation.” He tells how, at Oxford, he was persuaded by a friend to go to a 10-day Vipassana retreat. Vipassana is a Buddhist meditation technique, and “in principle meditation is any method for the direct observation of one’s own mind.” The experience was a life-changing one for Harari and he has practised daily meditation since.

The importance of the activity, for Harari, is in the distinction between mind and brain: “They are really very different things. The brain is a material network of neurons, synapses and biochemicals. The mind is a flow of subjective experiences such as pain, pleasure, anger, and love… We have absolutely no explanation for how the mind emerges from the brain.”

Then he reminds us how his book started, discussing the dangers of artificial intelligence: “We had better understand our minds before the algorithms make our minds up for us.”

So Harari is a philosopher, and he is dealing in his way with the mind-body problem, which has been stated by many philosophers in many ways. This reader admires his prose style and breadth of knowledge, but isn’t convinced. Meditation has been going on, as Harari says, for thousands of years. Is it likely to meet the AI deadline? And if Yuval Harari gets to understand his own mind, how will that help the rest of us?

A really scholarly approach would have required reading Harari’s first two books, Sapiens and Homo Deus, before reviewing 21 Lessons for the 21st Century. I have now obtained Sapiens, and will read it next. I mention this only to say that whatever my concerns are about 21 Lessons, it is good enough to make me want to read more by the author.