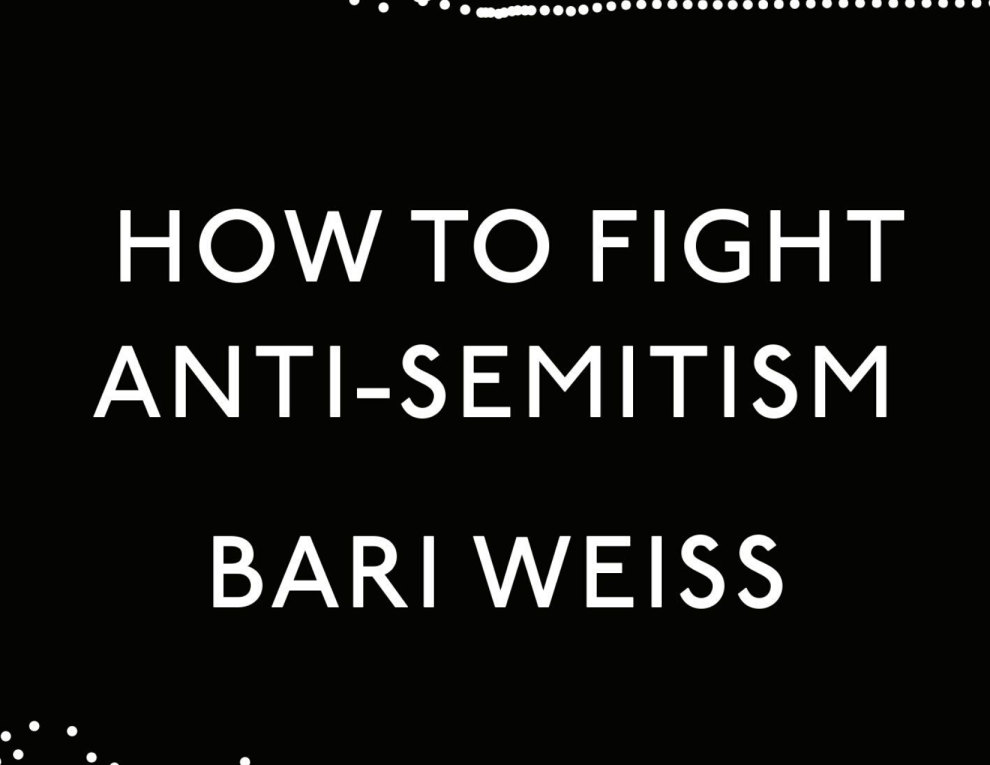 How to Fight Anti-Semitism

The rise of hatred against Jews and things Jewish has increased Jewish community anxiety about this phenomenon and its many manifestations. While the United Nations has reached a point of having to address this reality, of particular concern is the marked rise of hate rhetoric and hate incidents in secular and Western democracies in Europe and around the world.

After the synagogue attacks in the United States, including the one at Tree of Life Synagogue in Pittsburgh, her own hometown congregation, Bari Weiss, a staff writer and editor in the opinion section of the New York Times, felt the urgency of becoming more actively involved in finding ways to combat this rising tide, and wrote How to Fight Anti-Semitism as a guide for Jews.

As someone who has been involved for over 30 years in dealing with antisemitism and other forms of hatred while working in Jewish and non-Jewish organizations, there is much in this book I find true and helpful. For Americans, it is even more relevant.

My own experience and awareness do not make me optimistic about the oft-stated goals of such efforts to “eradicate hatred.” Rather, humans are seized with the responsibility to fight hatred even in the knowledge that complete victory cannot be achieved biz der moshiakh vet kumen tsu geyn.

As to the book’s ideas, Weiss’s description of a three-headed monster of antisemitism or Jew-hatred coming from “radical Islam, the right and the left provides a general and simple way of discussing various incidents and examples.

But to me, this structure and some of the overlapping examples themselves recall a line in the novel, The Exorcist, when the young priest tells the older experienced one that he is trying to figure out the different voices coming out of the possessed girl, and the older one replies, “There is only one demon.”

Antisemitism is, in fact, a single hatred that seizes on various rationales. It is the rationales she categorizes rather than the hatred. In fact, that is why this hatred can appeal to groups with vastly different beliefs in other ways, and often in ways that seem to contradict each other, even within a single person. To rationalize these contradictions often requires belief in a mythos of the “all-powerful Jew” who can take on any disguise – as a fascist, a victim, a communist, a capitalist, etc. – and thus attributes to Jews the desire to manipulate all humans for “their” communal benefit.

These extreme ideas are shared by at least some in each of Weiss’ three heads and can jump from one form of rationale for hating Jews to another. That is what makes them so powerful, so difficult to eradicate, or to counter. That is why David Duke, the former “grand dragon” of the Ku Klux Klan, can complement someone on the extreme left for her perceptions. They share the same myth.

As to Weiss’ measures to combat antisemitism, they are very good and very well-articulated. They are a practical and useful guide for taking action when adapted to local needs.

Weiss also recognizes the difficulty of actually taking the recommended actions under all circumstances and discusses them. For instance, the myth of “Jewish control” is being spread actively over the internet and in quiet, below-the-radar community gatherings and exchanges. In Canada, various individuals have been spreading these lies quietly at least since the mid-1990s in Indigenous communities, to immigrants and refugees, women’s groups, and in former Green Party circles (by admirers of David Icke) and so on.

Jews involved in such movements have difficult choices: stay quiet; support extreme statements; or leave and prove that they are not “progressive.” Weiss advises staying and fighting antisemitism as long as possible, and if necessary, with individuals whom one trusts. Local partnerships work better than national ones.

Above all, she advises staying connected to one’s Jewishness and its values. To that end she quotes the Haggadah:

But I think the Jewish tradition, as per Rabbi Hillel, also encourages us to act when we can, not only to wait for rescue, and not only alone: “If I am not for myself, who will be for me? If I am only for myself, what am I? And if not now, when?”