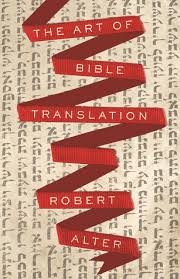 The author of this powerful treatise on Bible translation is an emeritus professor of Hebrew and comparative literature at the University of California in Berkeley who has already translated the entire corpus of the Hebrew Bible into English. He has composed this slim volume to explore, analyze and criticize the major English translations of Jewish scripture, from the much venerated 17th century King James version to modern ones representing individuals, as well as Protestant, Catholic and Jewish renderings. While he honours the beautiful English cadences of the first text, Alter takes no prisoners and is an equal opportunity detractor of bad or inadequate translations in the King James work and rather surprisingly, even in the Jewish Publication Society’s highly praised work, given that its editors, among whom were rabbinic scholars well versed in Hebrew.

Before alluding to Alter’s criticism of specific translation problems, this reviewer wishes to record his appreciation for the formidable exertions Alter expended in his translation of the Chumash – the Pentateuch, which, as he mentions in the current volume, was the spring board for his courageous continuation in translating the rest of the Hebrew Bible. His interpretation in that first volume contains one of the most highly original translation-interpretations of a controversial verse in Genesis 49:10 – seen by Christians (as well as some Jewish commentators) as a prediction of the Messiah in the use of the word “Shilo.” Alter has no theological axe to grind because his approach to the Bible is primarily literary, but his deep knowledge of the architecture of biblical Hebrew leads him to dispose quite effectively of the alleged messianic resonance in the passage.

As one who has been involved in professional translations from French to English, this reviewer understands but cannot always agree with Alter’s blanket criticism about making the target language easily accessible to the reader by changing the word order, eliminating parataxis (“and”), inverting syntax and using “dynamic equivalence” to render the original text more amenable to the English-speaking reader. The author would not endorse this approach because he is dealing with the Hebrew text of Scripture – in which otherwise excusable linguistic manipulations of the text often betray scanty knowledge of Hebrew roots, grammar, poetic rhythms and word order. The thorough possession of these elements by Alter leads him into controversial explorations, such as his surmise that “tohu vavohu” in the creation story was a couplet invented by the Hebrew author in the same way “helter-skelter” was coined in California. Alter’s selection of “Welter” (“tohu”) seems infelicitous.

The decades which Alter has spent converting the Hebrew text of the Bible to not only an accurate parsing of the original, but also to capturing the oral quality of  both the prose and poetic texts, has prompted him to unravel a Ten Commandments for translators bent upon making the Hebrew Bible amenable to modern English-speaking public. The problem is that most translators, from the great executors of the King James edition to the current crop, have sought to make scripture not only amenable but understandable, and in so doing, have distanced themselves from the compactness and rawness of the Hebrew original, and have thus deprived it of what Bergson called its “élan vital.” However, in his own exegesis of the text, Alter frequently (and happily from the reader’s perspective) violates his own prime directive (“Let the Bible speak – don’t simplify, don’t change the word order or explain”) by indulging in learned clarifications of the real meaning of specific Hebrew passages. Thus he unpacks the delicious erotic sensibilities of Sarah’s response to the three angels in Genesis who announce a geriatric pregnancy for her by suggesting that at her advanced age she might actually experience, once again, sexual pleasure.

The author is also very critical of English representations of basic Hebrew words by recourse to bureaucratic or political terms which do not fit the context. He is therefore unhappy with the Jewish Publication Society’s’ use of the term “dominate” to describe the functions of the sun and moon in the creation segments of Genesis because that verb suggests political domination as in “The Soviet Union dominated its satellites.” In the same vein Alter faults a modern Biblical translation for describing the Pharaoh in Exodus using the term “issued instructions” to kill male Israelite children at birth – a bureaucratic phrase  totally out of synchronization with the simplicity of the Hebrew original. In his survey of Samuel 3:20-25 and the release of Abner, Alter shows that clumsy English renderings of key words conveys ideas completely alien to the Hebrew text.

The preceding sections represent only a very small sampling of Alter’s corrections and emendations of the English that can be found in Bible translations right across the theological spectrum. This small book can deliver very large benefits.

Arnold Ages is a distinguished emeritus professor at the University of Waterloo.