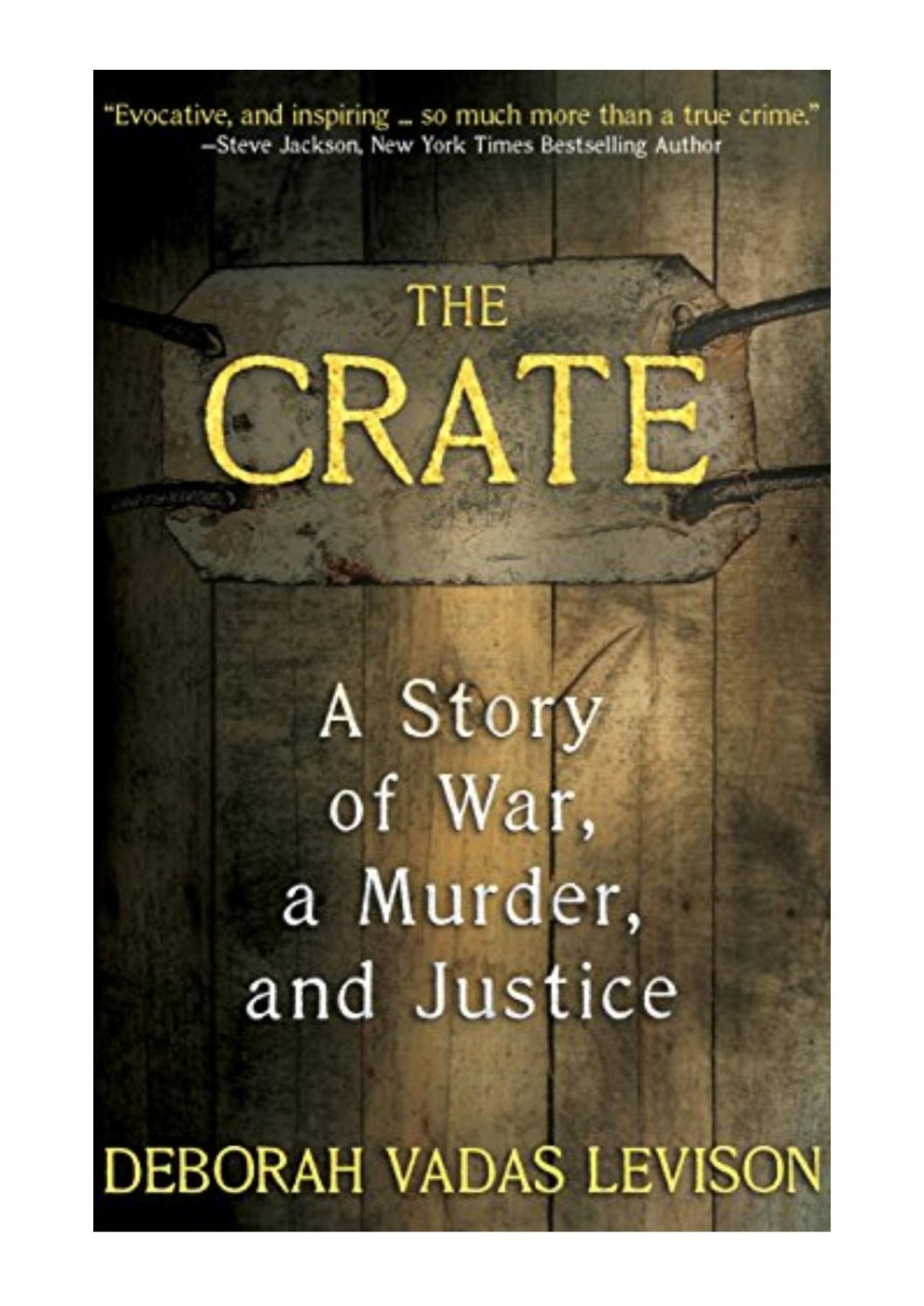 Book Review: How the Holocaust and a 2007 Muskoka murder shocked and affected a family

The Crate: A Story of War, a Murder, and Justice
By Deborah Vadas Levison
WildBlue Press
312 pages

Although she now lives in the U.S., author Deborah Vadas Levison – the daughter of Holocaust survivors from Hungary who immigrated to Canada in 1956 – grew up in Toronto and returns there and to the family cottage in Bracebridge in the Muskoka region regularly. The cottage was built by her father and was a place of treasured memories for the family; a place of refuge from the horrors her parents had lived through, and left, in Europe.

In 2010, Levison was with her husband and children in Florida for a baseball tournament her son was playing in when she received a phone call from her older brother. A woman’s dismembered body had been discovered in a crate in a crawl space underneath the cottage – and a murder investigation had begun. The victim was later identified as Samantha Collins, a young woman with a troubled past who had been living in Bracebridge with her partner and child when she disappeared in 2007.

Thus begins a series of related and intersecting narratives at the heart of The Crate: A Story of War, a Murder, and Justice. It is very much a family memoir that includes Levison’s own story of growing up, of being a second generation Holocaust survivor, of moving away from home and of her life in Connecticut with her husband and children; and, more briefly, the story of her older brother Peter Vadas, a doctor in Toronto whom police investigated and quickly cleared as a suspect in the murder. But at the heart of the book are two main threads: the stories of Veronica and Steve Vadas, Levison’s parents, and of how they each survived the Holocaust and its aftermath, came to Canada and built successful lives here – only to find peacefulness of their lives shattered by the discovery of a murdered woman’s body under their cottage; and the story of Collins’ life, her murder and its investigation, and the trial and conviction of the suspect.

And central to the book is how Levison herself, and her family members, reacted to developments in the various narratives. For example, she was unsure if she would be able to spend time at the cottage again after the discovery of Collins’ body – but her parents, who had lived through and survived the most harrowing experiences of modern Jewish history, knew the family would overcome the shock of the body being found on their property.

The most poignant sections of The Crate are when Levison writes about her parents surviving the Holocaust, coming to Canada, raising a family and building and enjoying the cottage in Bracebridge. And the most poignant moment of all comes near the end of the book – three years after the discovery of the body under their cottage, and not long after the suspect had been tried, convicted and sentenced – when Levison’s father passes away, just before his 87th birthday.

It was then that Levison comes to understand her own role as a “keeper of the memories” to ensure that the stories would live forever – and not only her stories and her families stories, but also the stories of Samantha Collins, a woman they did not know in life, but whose stories were bound to theirs the day that the murderer hid her body in a crate under their cottage.

There is much going on in The Crate’s intersecting stories, and although it is her first book and she is highly ambitious in the way she weaves in and out of the various narratives, Levison pulls all of the various strands together with the deftness of an experienced novelist. Reading The Crate was a compelling and ultimately moving experience and should Levison turn to writing a novel, I will be most anxious to read it.

Visit www.debbielevison.com for more information about The Crate and author Deborah Vadas Levison.