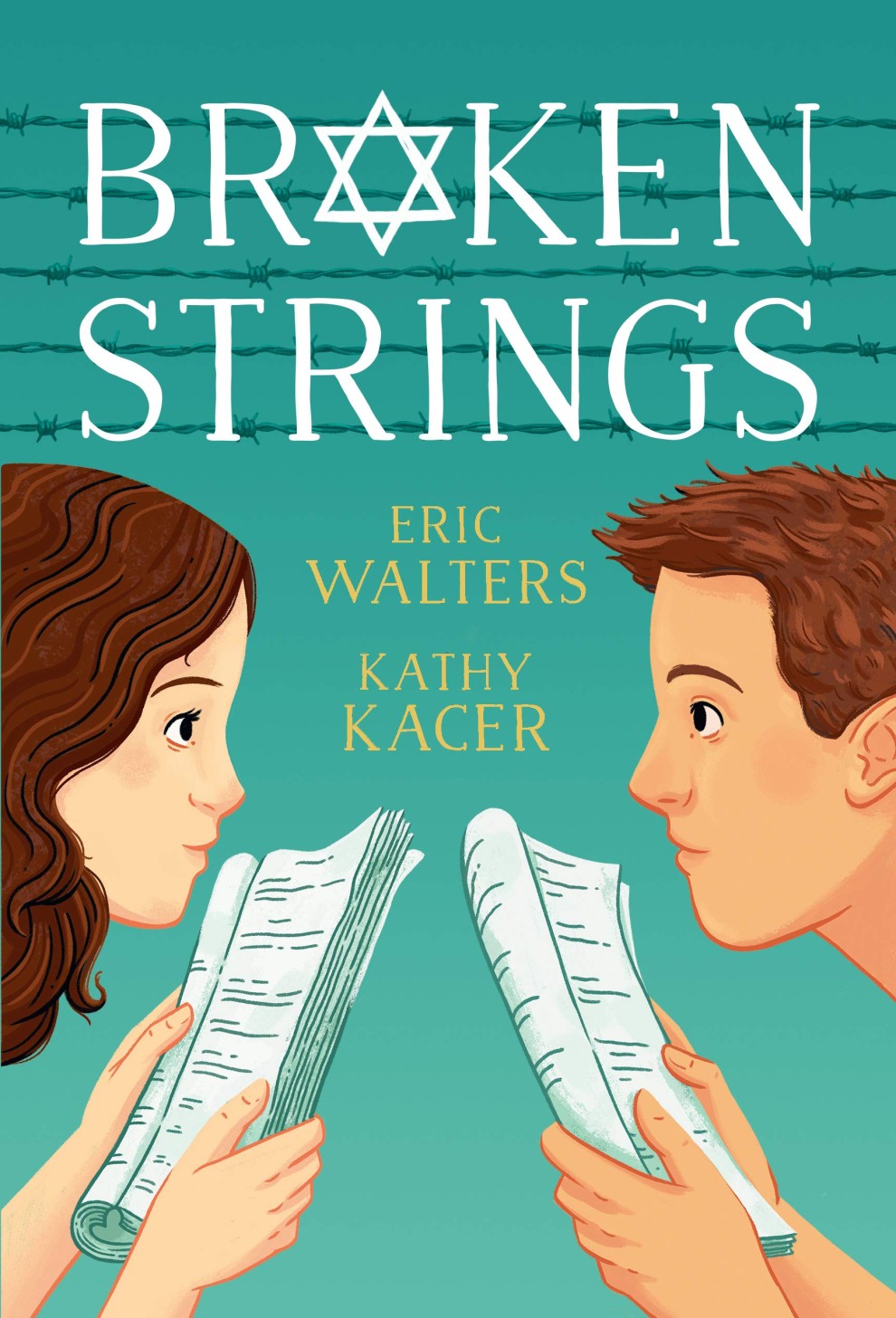 By Eric Walters and Kathy Kacer

The broken strings in this novel for young readers are those of a klezmer violin that survived Auschwitz and came to America with its owner, a musician who also survived and who made a life as an accountant. He is the zayde of Shirli, the narrator of Broken Strings.

The story is set in a New Jersey town, during the year after the 9/11 twin towers attack. The senior classes in Shirli’s school take on a production of “Fiddler on the Roof” and she gets the part of Golde, Tevye’s wife, though she would rather play Hodel, one of their daughters, because of the solos. Shirli narrates the interplay among the pupils, and the rivalry of the girls for the attention of Ben Morgan, who besides being quarterback of the football team is a good enough performer to be cast as Tevye, and is also a perfect gentleman.

In a novel something has to go wrong. What goes wrong here is that Miss Ramsey, the teacher who is directing the play, is badly hurt in a car accident. So bad things happen: there were the pogroms in 1905 Czarist Russia, the Holocaust, 9/11, Miss Ramsey’s accident. Readers of the novel get to follow the violin to the rescue, and successful performance, of the play. Zayde tells Shirli, and her friends, for the first time, about his life before the war as a klezmer musician, and in the Holocaust.

Eric Walters, who got the idea for the novel, lives in Guelph. He is a prolific and prize-winning author of books for children and young adults. In a note at the back of the book he tells us that when he got the idea he knew that there was only one person to approach for collaboration. That was Kathy Kacer, an award-winning author of Holocaust-themed fiction and non-fiction for young people (including To Look a Nazi in the Eye, which I reviewed in the November 13, 2017 edition of the Ottawa Jewish Bulletin).

The authors know their trade and keep the story, or web of stories, interesting.

The book also has a brief factual postscript about Auschwitz-Birkenau. So we know that the authors, and the editors, considered that necessary for a young readership.