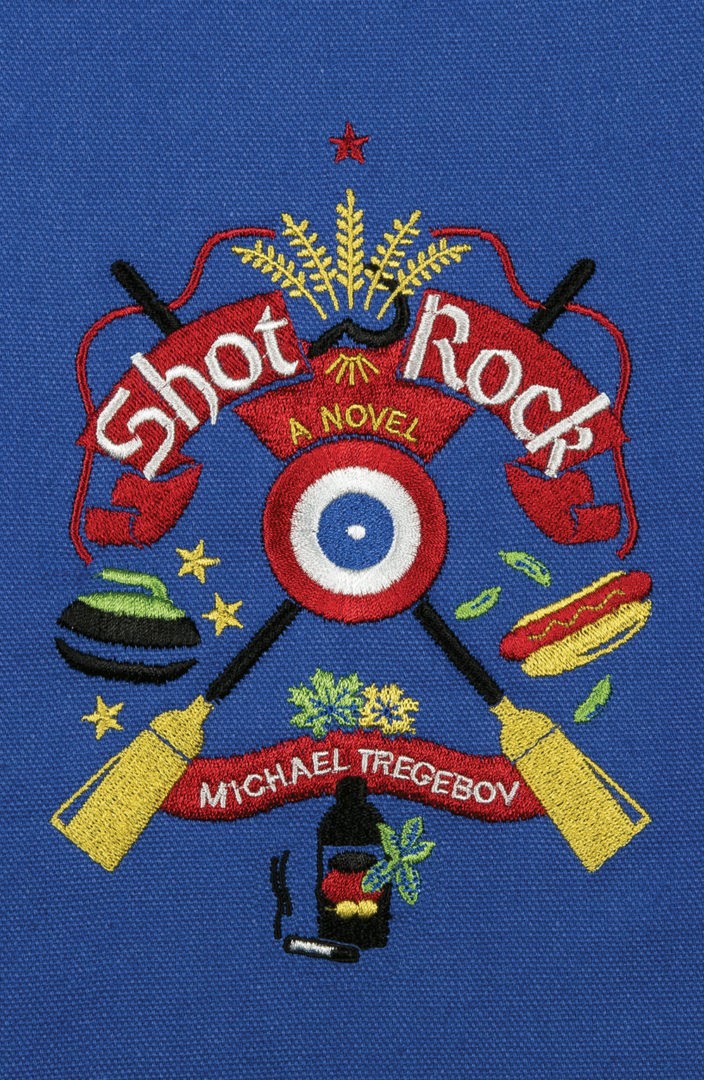 Shot Rock, Michael Tregebov’s new novel is a kind of Yiddish cultural tragedy. It deals with inevitable change as people age and find themselves passing into the memories of the next generation, a narrative sparked and energized by both anxieties for what will be and warm comic relief. And at the end, it still leaves open many of the questions posed in the story for the future to answer, a smaller perhaps more optimistic version of Tevye the Dairy Man.

Tregebov introduces us to the main character, Blackie, and some of the sources of his pleasures and anxieties in the first page. The curling season is late in starting while his wife has left him. Soon his anxieties and the reader’s are increased. Max Foxman, the wealthy president of the only Jewish curling club in the North End of Winnipeg announces the building will be sold to a grocery chain.

Like two stones dropped into water, the subsequent ripples move outward to drive much of the plot forward. Another stone drops when Tino, Blackie’s son, also moves out to live with his friends.

While the story is fiction as the author notes, “This story is a story,” it resonates with events in the real world. The Jewish community in Winnipeg went through a shift of its population from the North End to the South End where newer developments of larger houses were being built in the late 1960s and early ’70s. Thereafter, many of the city’s Jewish institutions, including synagogues and the Jewish Community Centre followed suit.

Blackie and many of his friends, at the time of this story, would have been in their late 40s or early 50s. They came from a generation of mostly small business owners or employees of other Jewish business owners. Some, through luck or ambition, had become large business owners and wealthy.

The main plot focuses on Blackie’s coterie of friends agreeing to fight the sale of the curling rink and to take on the money and influence of the “South Enders” led by Max Foxman.

The humour in the story comes from the quick dialogue exchanges, especially among Blackie, Duddy, Suddy, Chickie, Oz and their advisers, two student Trotskyists, Tino and his mentor, the wealthy non-Jewish Michael.

Duddy and Suddy interrupt a discussion with an observation that leads into another topic before it is brought back again to what was originally being talked about. They use odd Yiddishisms, not always correctly or spelt to be easily understood: “Mishlockt Yiddin”; “It’s noch nila”; “Shockling his leg.” And I have no idea what “a sol chen van” means.

The structure of the exchange becomes like an interwoven strand of DNA rather than a straight line talk driven only by logical progression. Some of these excursions are crass and sexist but are typical of what some Jewish males of that milieu and background sounded like. It was very familiar to me and even though I wince, I find it accurate and the efforts to control it, amusing.

Blackie and Oz generally represent the calmer and more rational approach to the issues and are assisted by the two young men who help keep the group focused on what can be done. The tension in this effort is built as each side in the fight over the future of the building tries to counter the other’s moves to obtain the largest number of votes.

In tandem with this is the effort of Blackie and his team to qualify for the Brier, the curling championship. Tregebov does an excellent job of describing each game building the tension. If they win the championship, it will be harder to sell the building.

These plotlines are resolved by the end of the book as is the plot concerning Blackie and his wife. Only the future of the son, Tino, is not firmly decided by the end of the novel, but there are strong hints about whether he will stay to study math and science or run off to Toronto to be a poet.

While it seems that the strong and warm bonds among the original group will withstand the shocks and strains of this exercise, only the future will tell.