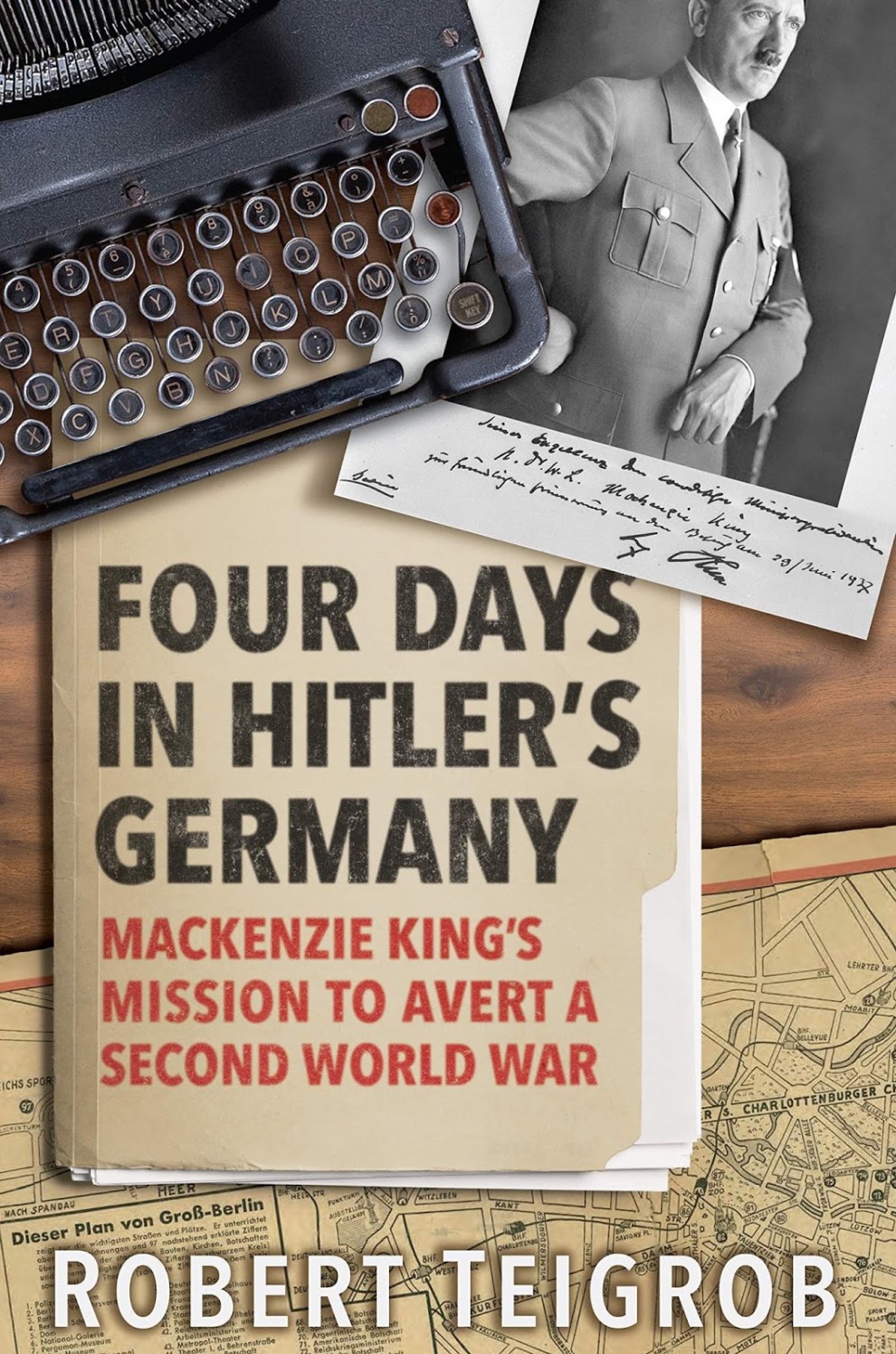 Robert Teigrob, a professor of history at Ryerson University, has written Four Days in Hitler’s Germany: Mackenzie King’s Mission to Avert a Second World War, a book that gives a complete picture of Canadian prime minister Mackenzie King’s short visit to Nazi Germany in 1937, citing details from his diary, his own and others’ notes. For a general reader of this book with an interest in history, there is much food for thought, especially for those interested in understanding how attitudes toward Jews can influence the decisions of otherwise well- meaning and well-intentioned individuals in pursuit of “peace.” To rather sacrifice this small people, along with others, for “the greater good.”

The pursuit of peace is an essential aspect of how King saw his mission. He knew that if Germany and Britain went to war, there would be little possibility for English Canada to refuse a call for assistance, but that French Canada would be indifferent or antagonistic. This domestic issue was part of his pragmatic motivation to keep the war drums silent.

The mystic aspect of his motivation was his relation to the spirit world through his mother, through seances and through his ongoing dreams and visions, including his obsession with interpreting everything he saw or experienced as a clue reinforcing his sense of mission. He felt he had been “chosen” to help Hitler finally understand that he had “friends” who could help him achieve his “reasonable” goals, such as small adjustments to German territory, without conflict.

He seemed unaware of the content of Mein Kampf and the clear objectives Hitler had set. Earlier in the Nazi government’s rule, King had objected strongly to the oppression of “minorities,” but during his visit, it was a subject that never arose. In every meeting with high Nazi officials, he never once raised the annoying issue, likely so as not to interfere with conciliation in pursuit of his “divine” mission. In addition, he was overawed by Germany’s “economic progress” and the discipline and enthusiasm in youth programs and others, examples of which were stage-managed for outside visitors.

Other factors include King’s fear of communism. In his notes, he wrote about his perception that Hitler was somehow better than Stalin, whose penchant for purges was becoming well known, all the while ignoring the Nazi suppression of dissent including the purge of Hitler’s early “left” followers in the “Night of the Long Knives.” At that time, King had condemned Hitler’s actions in strong language. But during his meetings in 1937, he seems completely to have forgotten his earlier condemnation.

King also ignored all the racist comments about Jews and every rationale that Jews, by their nature and actions, had forced the Nazis to protect the rights of “ordinary Germans” as a form of self-defence. Otherwise, the Jews would soon dominate business, the universities and the professions, not to mention their “insidious” influence on the arts.

Teigrob records King’s own attitudes toward Jews and his efforts to prevent them from buying property around his estate at Kingsmere. This attitude of fear of Jewish control and influence was fairly widely shared among English-speaking elites in both Canada and the United States. He makes it clear that it was not only the opposition towards Jewish refugees in Quebec that influenced Canada’s restrictive policy. In the end King’s mission did not succeed – yet he strangely held on to his ideal up to the end. Nor was he quick to admit Jews after the war.

These attitudes toward Jews still persist and seem to leak over into attitudes toward Israel where Jews are seen as having unfair advantages over Palestinians and so violence against Jews in Israel is often “understood” and “justified.”

My main disagreement with Teigrob is his view that the genocide against the Jews, the Holocaust, began in one country and is not to be feared today – only sporadic acts of violence. But he ignores the reality of much of the Muslim world being taught to fear Jews and to use the same rationales for killing them as the Nazis. The fact that some of their grievances are valid only strengthens the international movement towards defining Israel and Jews as anti-human, drawing on a very ancient stereotype. It is this perception that is being spread through liberal and “progressive” circles. Perhaps the next genocide against Jews will not be driven by a single country but will it be driven by the international order to justify the liquidation of the Jewish state for “the greater good.”