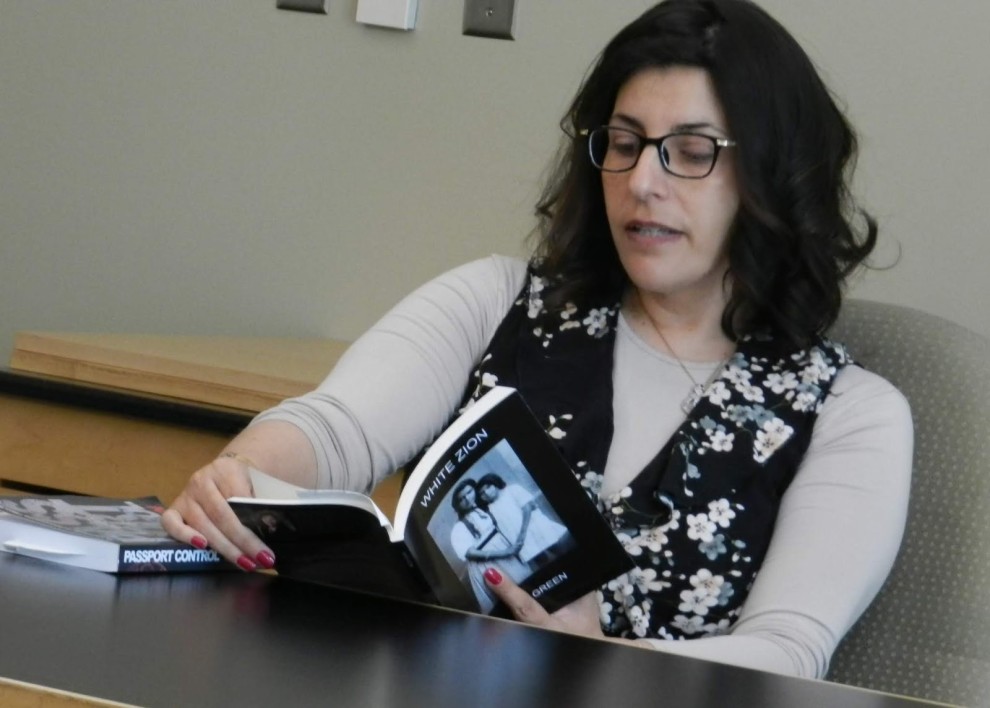 I discovered Israeli-Canadian writer Gila Green more than six years ago when I read her fascinating futuristic novel, King of the Class. As I noted in my review, published in the Ottawa Jewish Bulletin (August 26, 2013), the novel was set in 2019, “and there has been a two-state solution – not to Israel’s conflict with the Palestinians, but to a Jewish civil war that pitted the fundamentally Orthodox against the militantly secular. Israel, with its capital in Tel Aviv, is the secular Jewish state, while Shalem, with its capital in Jerusalem, is the religious Jewish state.”

While Israel has made it almost all the way through 2019 without such a civil war, Green’s novel was somewhat prophetic in its predictions of the ever-growing tensions between Israel’s haredi Orthodox establishment, which controls religious affairs in Israel via the Chief Rabbinate, and other denominations of Judaism and secular Jews.

Earlier this year, I read Green’s novel Passport Control. Set in 1992, it tells the story of a Jewish student from Ottawa studying at Haifa University. As I mentioned in my Bulletin review (August 19, 2019), the book is “a compelling story encompassing identity, politics, religion, culture clash, family dysfunction, friendship and love in the Israel of almost three decades ago.”

I had a chance to sit down with Green recently when she returned to Ottawa for readings at the Soloway Jewish Community Centre and Carleton University.

A member of the Torontow family, Green and her five siblings grew up in Ottawa, the children of an Ashkenazi Canadian mother and a Yemenite Israeli father. She graduated from Hillel Academy (now the Ottawa Jewish Community School) – “It was a high-level education and it benefitted me a lot,” she said – and attended Sir Robert Borden High School for three years.

Green finished high school in Winnipeg while the family lived there briefly and returned to Ottawa to do her bachelor’s degree in journalism, with a double-major in English literature, at Carleton.

She also studied at Haifa University around the time that Passport Control is set and refers to the lead character, Miriam, as her “alter ego,” while stressing that the character is entirely fictional. While some of Miriam’s details parallel Green’s, there are also many differences, including that the fictional Miriam is an only child.

“In real life, I have five siblings and anyone who comes from a family of six will have a radically different life than an only child,” Green said.

Green’s husband is South African and after some time in Johannesburg around the time of the end of the Apartheid regime, the couple moved to Israel in 1994. They now have five children, aged from 12 to 21, and live in Beit Shemesh, a city near Jerusalem with a large English-speaking population. After moving to Israel, Green completed a master’s degree in creative writing at Bar Ilan University.

Green published two other novels in 2019. White Zion, which she describes as “a novel in stories,” with “characters who keep reappearing” in different stories, has an extended plot which migrates between Yemen, Ottoman Palestine and British Mandate Palestine. Green says British Mandate Palestine is a period she finds particularly “fascinating and often overlooked,” mentioning how that period impacted on Jewish and Israeli identity.

Her other new book is No Entry, a young adult novel set in South Africa, about a Jewish Canadian teenager who takes on murderous poaching ring. The book is the first in a projected series.

After setting her previous novels in Israel, Green said she wanted to get out of her comfort zone and challenge herself. “Can a Canadian who has been living in Israel write a convincing book set in South Africa?” she asked rhetorically.

Visit www.gilagreenwrites.com for more information about Green and her books.