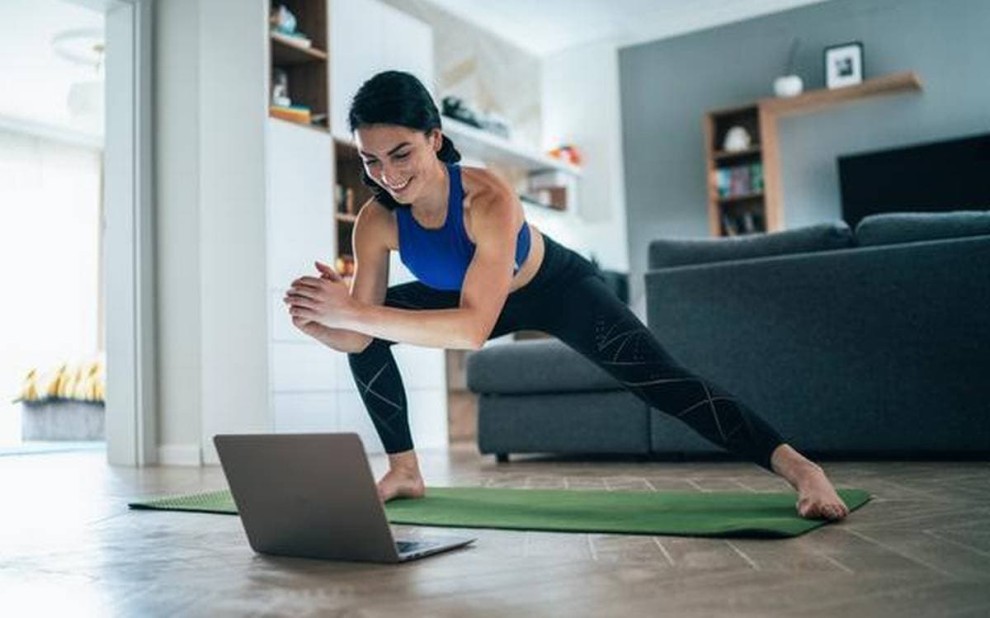 Last March, faced with a two-week shutdown of fitness classes at the Soloway JCC, Carla Gencher just wanted to make sure her members were looked after — and that they could stay healthy in both body and mind.

“At first we decided we wouldn’t do Zoom classes … we figured it would be a month and then we’d been back up and running,” said Gencher, the health and wellness director at the SJCC. “We thought recording videos would be the best way instead, so people could do a workout whenever they wanted, as often as they wanted.”

The first thing Gencher did was reach out to all the SJCC instructors and asked them to make videos to post in the library online. Most instructors said yes.

“They were very generous with their time,” said Gencher. “We had all different types of classes in the library. It was my goal to make sure people of all abilities could join, could access some kind of video.”

Ensuring too that they didn’t ignore mental health, Gencher made sure there were meditation and mindfulness classes included in the library, along with from-a-chair classes and classes that didn’t require any additional equipment.

“As the pandemic continued we would update videos, change them, add more, to make sure people didn’t get bored of the same video over and over again,” said Gencher. “We did that for the first several months of the pandemic, constantly thinking that we’d come out of it in just a few more weeks.”

As time wore on, Gencher realized something was missing — the social aspect of fitness classes, those few minutes before or after class, or during a break, where people could chat about their day or their weekend.

“At the JCC we’re very much a family, we know each other by name, it’s like going to visit a friend,” said Gencher. “We realized the library would no longer suffice, so that’s when we decided, OK, we’ll pivot to Zoom.”

“When people pop on to the Zoom, before the class starts, we just chat! What they did that weekend, their bike ride, what they’re planning that day. We bring our pets to the class, people will show off their dogs or cats or grandkids. It’s become very, very social.”

The virtual classes have been open to everyone, even if you’re not an SJCC member, to help fill the void in physical activity opportunities during pandemic restrictions. Live classes on Zoom are available morning, daytime and evening time to help accommodate all schedules — and are recorded to be added to the library to catch up on later.

It all made sense just last week when Gencher ran into an old SJCC class participant on a riverfront walk.

“I miss seeing you in classes!” Gencher had said.

“I see you every day!” responded the participant, Gencher recalled. Where? In those Zoom classes, of course: A community still going strong.

As we head back out of lockdowns, Gencher said she’s ready for whatever pivot has to come next.

“After the second wave, we really thought we would come back and be done with this. We had class registrations, wait lists … we’ll do the same again this time,” said Gencher.

“It’s not over until it’s over ... we just don’t really know. I’ll start to offer classes again and follow whatever I’m told to do by the government, to make sure we’re being safe. Now that everyone’s getting vaccinated, we’re maybe out of the woods. We’re ready to welcome everyone back when they’re ready to come back.”

To join a virtual fitness session with the SJCC visit https://www.jccottawa.com/online-groupfit/