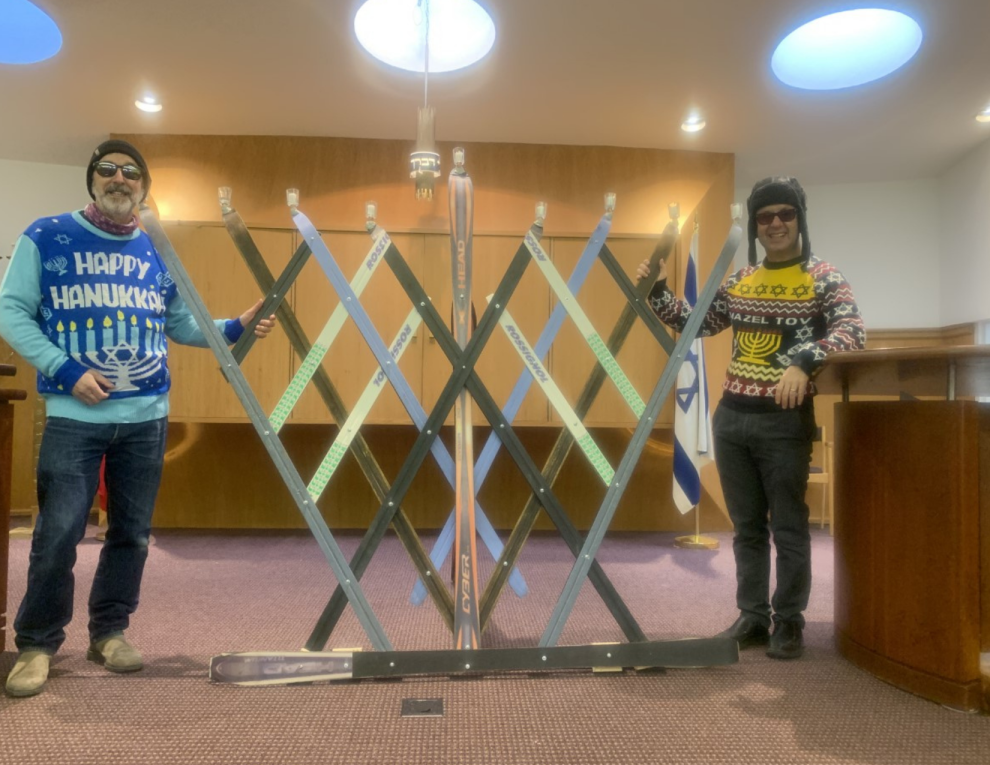 Temple Israel’s outdoor menorah is Canadian like no other.

That’s because artist and Temple member Michael Parkin constructed it from a pile of old donated skis.

The menorah is just one of the ways, in these unprecedented times, Temple is adapting.

“We’re looking creatively at how we observe our Jewish ritual practices,” says Rabbi Daniel Mikelberg. “We face many obstacles. Specifically, we cannot worship and gather as we typically do. We have risen to the occasion in a host of ways.”

But with Chanukah on the way, Temple opted to have a drive-in experience so that people could witness candle lighting from the comfort of their cars in the Temple parking lot on Prince of Wales Drive.

Further, “we’ve embraced our Canadian identity as we’ve created an extraordinary ski menorah,” says the rabbi. “Our community heard the call for donations of old skis – dozens showed up for this unique mitzvah, clearing their storage in the process. And the amazing Michael Parkin excelled in the task of assembling these skis in a holy way to inspire our holiday spirit.”

“Rabbi Mikelberg mentioned that he had seen a chanukiah made from surfboards,” said Michael Parkin, “and while he liked the idea, he thought it was not very Canadian. He asked if I could design and build one out of skis.”

Parkin thought a bit about the basic shape of the large menorahs typically built by Chabad congregations.

“I started playing with strips of paper more or less proportioned like skis, and came up with the design.”

After showing his design to Rabbi Mikelberg, the rabbi suggested that he would put out a call for congregants to donate retired skis.

“About a week later, caretaker Steve Elliott delivered several pairs, more than enough for the project,” said Parkin. “I chose to use cross country skis for everything but the shamash, and the support base which I thought would like larger heavier skis.”

When it was ready, Elliott went to pick it up from Parkin’s home, and brought it to Temple.

“Yes, we may be limited in a host of ways,” says Rabbi Mikelberg, “but just like the ancient Macabbees, we have demonstrated that our lights cannot be extinguished.”

The ski menorah will be lit in the Temple Israel parking lot on the first (December 10) and eighth (December 18) nights of Chanukah at 5:15 pm. As there are a limited number of cars that can be accommodated, preregistration is required. Contact Temple Israel at 613-224-1802 or reception@templeisraelottawa.com for information. The events will also be streamed live on the Temple Israel Facebook page (a Facebook account is not necessary to access). 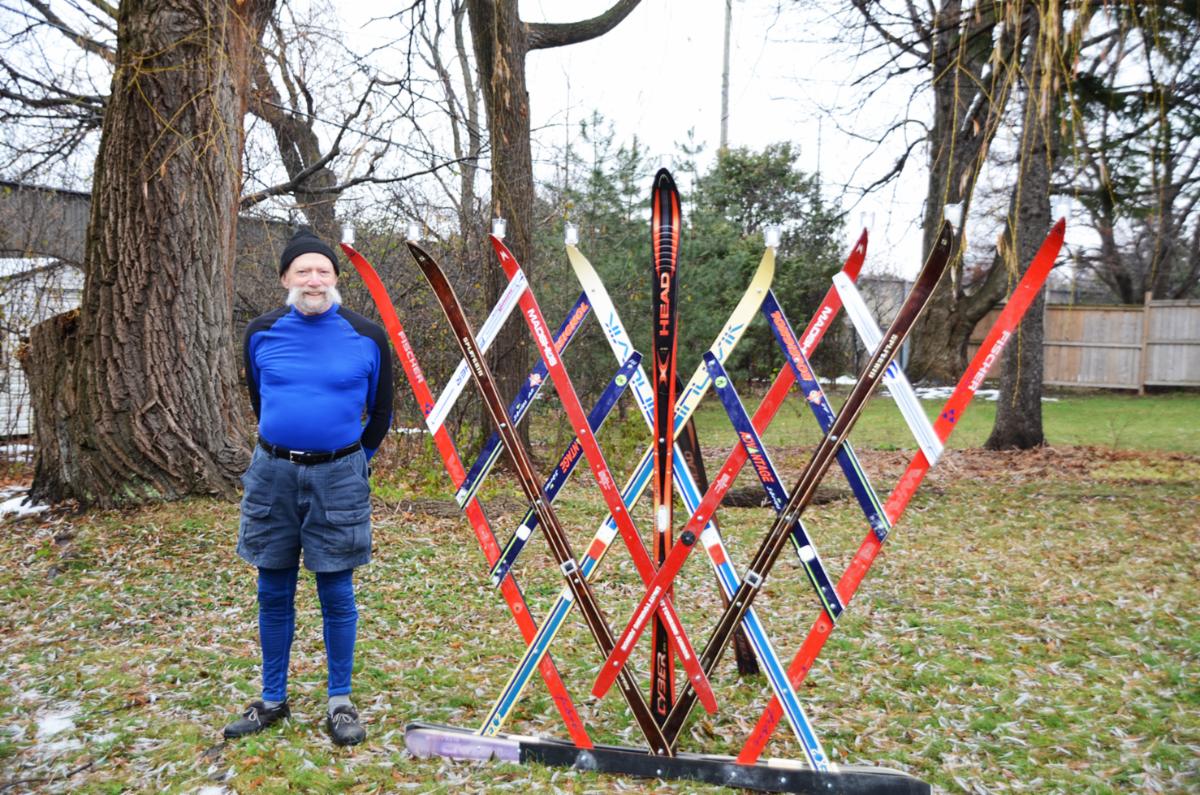 Photo 1: Volunteer Mark Holzman (left) and Rabbi Daniel Mikelberg in their Chanukah sweaters at Temple Israel with the “Hanou-ski-ah.” (Click on photo to see full resolution.)

Photo 2: Michael Parkin and the menorah he created from old skis.