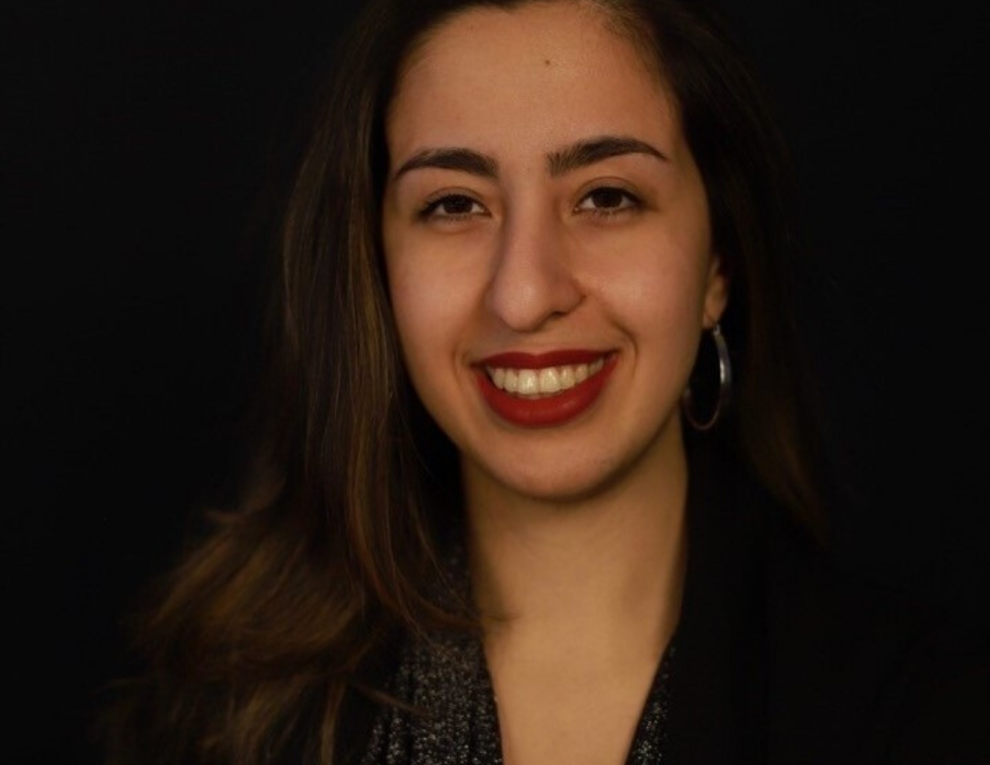 With the help of the liturgical choir, Saeideh Rajabzadeh, Temple Israel of Ottawa’s new choir director hopes, to bring “fantastic liturgical music and beautiful music-making” to the congregation at Temple Israel “in these difficult times of social distancing.”

“With the power of music,” said Rajabzadeh, “we can unite and provide emotional support to our community.”

As for the shock of switching to Zoom instead of in-person, she says, “What an exciting new adventure this is!”

By its nature, the music world requires person-to-person interaction in ensembles, she says. “Whether it’s the interaction between a singer and the band, the conductor and the choir, the soloist and the orchestra or the musicians in a group. With social distancing, the very essential requirement of music-making as musicians know it, was taken away from them.”

“In order to continue to learn, collaborate and make music, musicians of all ages and genres have turned to technology like never before... This shows the incredible power of music in the face of adversity to rise above the challenges and to bring people together to make music virtually.”

“We’re so excited to welcome Saeideh in the role of choir director,” said Rabbi Daniel Mikelberg of Temple Israel. “She eloquently understands the potential for music to elevate the spirits as prayer, and I could not agree more. Together with cantorial student Daniel Geigerman, they will make a great team.

“Of course, this is also a time to offer gratitude for our retiring choir director Ellen Asherman. Over 26 years, she has wowed us with her abilities to carry our harmonies so far.”

A mezzo-soprano, Rajabzadeh holds a graduate diploma and a bachelor of music in vocal performance from University of Ottawa. During that time, she studied classical singing under the tutelage of Christiane Riel, the head of vocal sector. She is now pursuing a master of arts in musicology at uOttawa. Her conducting training has been under Professor David Currie, Laurence Ewashko and Wayne Toews.

She has extensive choral performance experience singing with the National Arts Centre Orchestra, the Ottawa Symphony Orchestra and the Ottawa Music Company. Rajabzadeh has performed choral masterworks under the baton of renowned conductors such as Pinchas Zukerman, Alexander Shelley and Alain Trudel.

Rajabzadeh has appeared in uOttawa’s opera productions of “Carmen” and “Marriage of Figaro” and her last appearance as a chorister at the National Arts Centre was in Harry Somers’ “Louis Riel” opera with the Canadian Opera Company and NAC Orchestra in 2017.

As the musical director of other choral ensembles in Ottawa, including Musica Ebraïca and Kol Miriam, Rajabzadeh is excited to bring her expertise and love of music to Temple Israel’s Liturgical Choir.

Rajabzadeh was born and raised in Iran, “in a city with beautiful mountains and warm weather” and immigrated to Ottawa with her family in 2012. She entered the last year of high school to receive a Canadian diploma after already receiving a math/physics high school diploma in Iran.

She then decided to pursue her dream of studying classical music at uOttawa, where she been a student since 2014.

“I finished two degrees in singing and now I’m focused on the more academic research side of music with my thesis on Samuel Coleridge-Taylor’s vocal music,” she said. “I’ve been blessed with wonderful instructors who have helped me become the musician I am today.”

She first started piano lessons in Grade 8 after listening to an album of piano sonatas by Beethoven, “which propelled me with its beauty to start learning music.”

“I got involved more with music by taking lessons in voice, violin and setar – a traditional Iranian instrument,” she said. “After arriving in Ottawa, my high school teacher, Terry Duncan, helped me prepare for uOttawa’s entrance auditions. After entering the university, I was introduced to the wonderful world of classical music and opera on a professional level. My love for storytelling led me to pursue a career in music where I could give the audiences an opportunity to connect to their emotional selves through the stories and messages in the music.”

“Saeideh has done inspiring work in the Ottawa community to date and I’m eager to see her debut with virtual materials for the fall holidays,” said Rabbi Mikelberg.