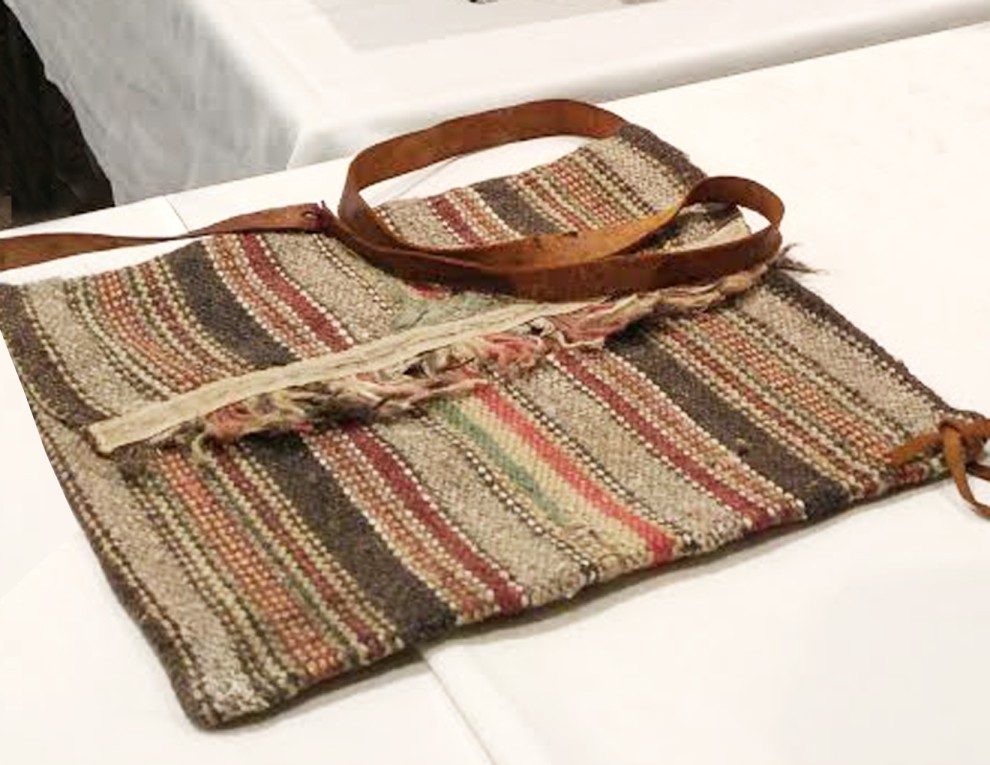 By Sheila Hurtig Robertson for Centre for Holocaust Education and Scholarship

In these uncertain times, adaptability is critical. Such was the challenge facing the Ottawa-based Centre for Holocaust Education and Scholarship (CHES). Since 2015, CHES has been bringing year-round Holocaust education programs to Ottawa and environs with Holocaust Education Month (HEM) being the focal point throughout November.

Forced by the COVID-19 pandemic to cancel in-person activities, CHES volunteers were determined to deliver a meaningful HEM that honours the lessons and legacy of the Holocaust. The result is three imaginative and sensitive Zoom events: the social initiative Zikaron BaSalon; an evening with two celebrated speakers and the premiere of a celebratory film commissioned by CHES; and a virtual pop-up museum.

Zikaron BaSalon (Remembrance in Your Living Room) originated in Israel in 2011and brings together a community of people who choose to commemorate the Holocaust in an intimate and meaningful way. Zikaron BaSalon events typically occur on the eve of Yom HaShoah Memorial Day on 27 Nissan in tens of thousands of homes and communities in Israel and abroad.

Adhering to the traditional Zikaron BaSalon format of three components, the CHES event will focus on “Testimony, Expression, and Discussion.”

“Testimony” will feature the remembrances of a survivor; participants in “Expression” will express their feelings about the Holocaust through a creative lens: and “Discussion” will include a facilitated segment focusing on the memory and significance of the Holocaust.

Survivor Kati Morrison is a sought-after and respected speaker at Ottawa-area schools. On this occasion, she will share her testimony which demonstrates how the human spirit and the belief in human kindness was sorely tested during the Holocaust. Her testimony is entitled “Nothing Will Break Us: Hope in Difficult Times.”

Guitarist Joel Yan, a member of the Ottawa Simcha Band, will perform musical selections that reflect the solemnity of Zikaron BaSalon. CHES member Hilda Bleyer will read a poem by Primo Levi that was a favourite of her late husband, Stephen Bleyer, who was a survivor.

The event will conclude with a discussion that builds on Kati’s testimony and includes lessons that can be learned from survivors about hope, faith, and strength during the Holocaust and in the troubled times we are currently experiencing.

This event has been developed in cooperation with AJA (Active Jewish Adults) 50+ and is only open to their members.

Sunday November 8, 7 pm – Voices for the Past, Present, and Future

CHES was established on the eve of Kristallnacht 2015 and has chosen this November to reflect on its many accomplishments.

A new film, “Voices for the Past, Present, and Future,” celebrates the fifth anniversary of CHES and covers its inception, achievements, programs, symposiums for descendants of survivors, and special events. 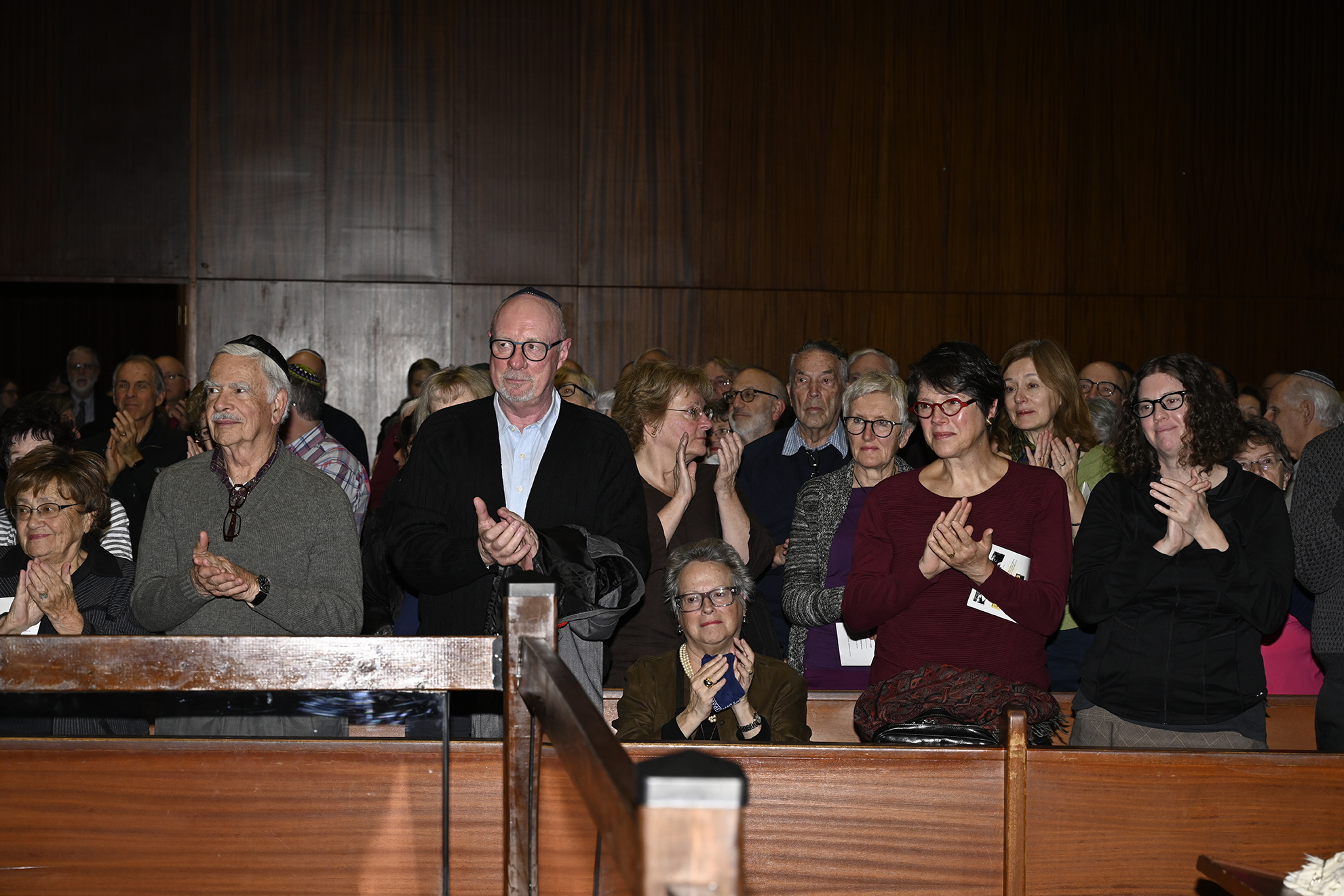 The film presentation will be followed by a discussion with Irwin Cotler and Avinoam Patt, who are experts in the importance of Holocaust education today.

Irwin Cotler is chair of the Raoul Wallenberg Centre for Human Rights, an emeritus professor of law at McGill University, former minister of justice and attorney general of Canada, and an international human rights lawyer. He will speak about the importance of Holocaust education in today’s world and CHES’ role in this vital work.

Avinoam Patt, professor of Modern Jewish History at the University of Hartford and assistant director of the university’s Maurice Greenberg Center of Judaic Studies, is the co-editor of Understanding and Teaching the Holocaust. He was recently the facilitator of a timely new webinar entitled “Obligation and Challenges of Teaching the Holocaust in the 21st Century” and will base his remarks on his extensive knowledge of the subject.

Webinar registration for this event is required by November 6 at this link.

Sunday, November 15, 1 pm – Pop-Up Museum: The Importance of Artifacts to the Research of the Holocaust

Traditionally based on a theme, a pop-up museum welcomes people to share information about an object relevant to that theme. For its virtual pop-up museum, CHES and the Zelikovitz Centre have chosen the theme of “The Importance of Artifacts to the Research of the Holocaust.”  The pop-up museum will feature over 30 artifacts, all donated by survivors and their descendants who live in Ottawa.

Sara Shor, manager of the Artifacts Department of Yad Vashem Jerusalem’s Museum Division, has been involved in in documentation and research for over 30 years. A graduate of the Ontario College of Art and the Hebrew University of Jerusalem, she will discuss how these items enhance Holocaust research in a presentation entitled “The Importance of Objects to the Study and Research of the Holocaust.”

Robert Ehrenreich, director of National Academic Programs at the United States Holocaust Memorial Museum, is the author or editor of four books, an international journal, and over 30 articles and reviews on the Holocaust, Holocaust studies, and European history and prehistory. In his talk, “Viewing the Holocaust Through Objects” he will show how objects, especially groups of items, can provide insights into human nature, community, and interconnections that documents and oral histories may neglect, overlook, or suppress.

Three local contributors who have submitted personal artifacts will describe their selections and their relevance to the theme of the pop-up museum.

Additional artifacts from Holocaust survivors or their descendants living in Ottawa are still being accepted. To participate visit this link.

Webinar registration for this event is required by November 13 at noon at this link.

For both webinar registrations include the name or username that displays on your monitor when you register.

Photo 1: A bag that carried family food during the 1944 deportation from Hungary.  Submitted by Dora Goldman, a Holocaust survivor for the Pop-Up Museum.

Photo 2: A standing ovation at one of CHES many Holocaust Education Month events during the past five years.