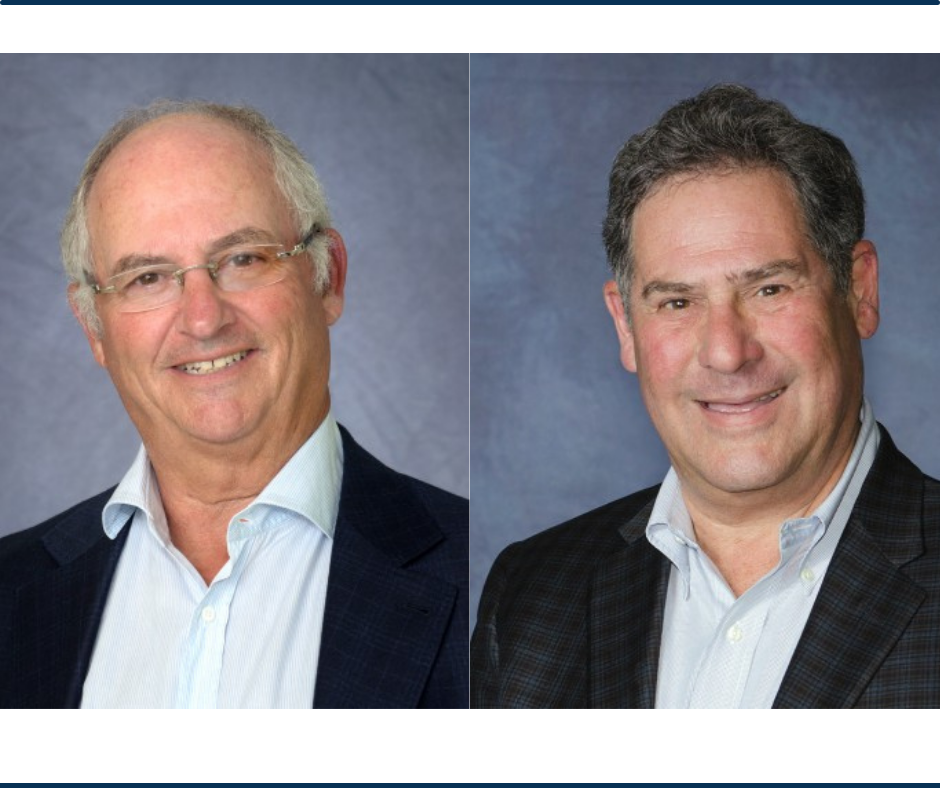 After a year like no other, the Ottawa Jewish Community Foundation held their 50th annual general meeting last week, celebrating five decades of success, announcing grant and scholarship recipients, as well as looking back at past chairs — and of course, looking ahead to the future.

The virtual event began with a special commemorative video that celebrated the Foundation’s 50 years of impact with highlights that included photos from over the years as well as a message from Bernie Shinder, one of the Foundation’s founding members.

“In 1971, a group of my peers – all like-minded Jewish community members – joined together to help establish what today we call the Ottawa Jewish Community Foundation,” explained Shinder. “How wonderful to look back over those years and to know what we have accomplished together from the first $100K fund to today’s $75M under administration. Here’s to the last 50 years of success, and here’s to many more – may our community continue to grow and thrive!”

Roger Greenberg, a past chair of the Foundation and whose father Gilbert was among the founders, expressed his admiration and pride over the foresight of those early community leaders.

“The Foundation has had so many seminal moments over the years such as supporting the construction our Community Campus through the Capital Campaign in 1996 and the Community Endowment Campaign in this century. But it’s the promise that led to the creation of the Foundation 50 years ago, to provide support to our beneficiary agencies year in, year out that truly excites me,” said Greenberg. “The Foundation has always been about assuring the Jewish tomorrows for our community and after 50 years of impact, it is hard to imagine our community if the founders had not had the vision and fortitude to make it happen. I am especially proud that my father was amongst the founders and was the first president of the Foundation.”

“I’m so grateful to this incredible community who has been there for one another,” she said. “[Everyone] has managed to juggle the personal challenges with doing extraordinary work on behalf of the community.”

In their chat, Freedman asked Weinstein about some of his proudest Foundation accomplishments as chair. As Weinstein reflected on the question, he highlighted several, including the successful launch of the Life & Legacy program which has exceeded all expectations and the fact that last year, when financial markets were at the lowest, the Foundation maintained a 4% disbursement, to offer a much needed lifeline to community organizations.

Weinstein expressed gratitude to the Foundation staff and board “We haven’t been face-to-face in 15 months and it would have been easy to fall off track … but everybody performed admirably. Now we have a lot of expert Zoomers! The team just went with the flow.”

He also wished a warm welcome and good luck to Lawrence Soloway, who is taking over as chair of the Foundation board moving forward.

“Lawrence is smart and has as much experience as anyone … he knows what to expect,” said Weinstein, offering a few words of wisdom.

Soloway said his primary function is to continue to grow the Life and Legacy program, which has just completed its first of four years.

“I hope we’ll be able to continue the record of success,” said Soloway. “And as we return to normalcy, we’ll re-engage with endowment giving, but legacy giving should remain a feature.”

Also at the 50th AGM, three students were awarded with the Ilana and Steven Rubin Educational Scholarship, which was launched by Steven Rubin in honour of his late wife Ilana, a beloved teacher and dedicated volunteer.

The G.J. Cooper Scholarship Award was also awarded. The scholarship is granted each year to a member of the Ottawa Jewish Community who is pursuing an education in the artistic, literary or social sciences, has displayed leadership qualities, academic excellence and has an interest in the Jewish community.

This year’s well-deserving recipient is Dario Chaiquin. During his studies at Carleton University, Chaiquin took on several leadership roles in the Jewish community, such as the Canadian Jewish Political Affairs Committee (CJPAC) Fellowship Program, and the StandWithUs Emerson Fellowship. He also served as President of Hillel Ottawa where he helped to uplift and expand Jewish student life and helped lead the fight against antisemitism on campus.

The meeting concluded with Lawrence Soloway thanking Lawrence Weinstein for his stellar work as chair.

“Thanks to your leadership, our Board of Directors is exceptionally strong … the Foundation’s profile has never been higher, through our speaker series and frequent donor communication,” said Soloway. “And thanks to you, the Foundation has not shied away from courageous leadership – re-assessing our investment model and even taking the unprecedented step of modifying our five-year strategic plan to acknowledge new opportunities and challenges.

“Chairing a board is never an easy task. Chairing a board during a 15-month pandemic is close to impossible, and yet you made it look easy and demonstrated unflappable leadership. Our community owes you a deep debt of gratitude – thank you.”