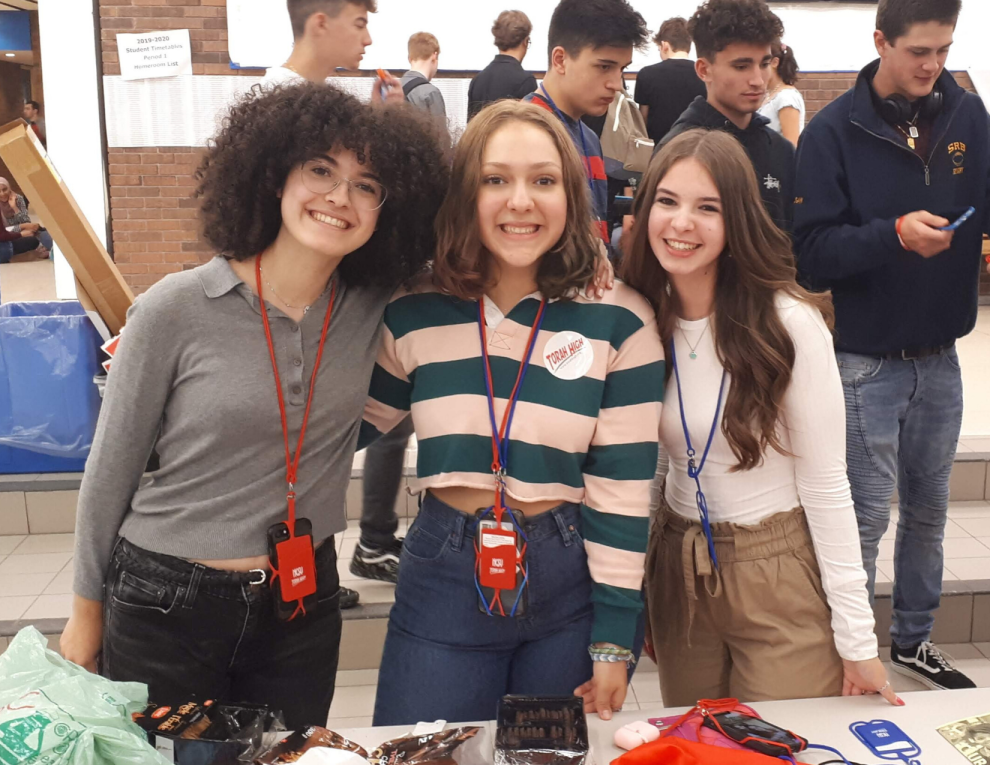 When several Jewish teens from Kanata attended last year’s teen Purim party, Rabbi Dave Rotenberg, NCSY’s Ottawa city director, saw an unexpected opportunity. Introducing himself to all new teens and asking what school they attend, many replied that they go to A.Y. Jackson Secondary School. Previously unaware that there was a significant Jewish population in Kanata, Rabbi Dave was thrilled to welcome these students to enjoy the fun of the holiday, and resolved to bring Jewish programming to teens in that part of town.

After conversations with parents and the school administration, NCSY started a new Jewish culture club at A.Y. Jackson this past fall. A second Kanata club, at Earl of March Secondary School, was introduced in the new year.

Growth into additional suburbs and neighbourhoods represents a new approach to a program that has been a pillar of NCSY for decades. Through the Jewish Student Union (JSU) initiative, NCSY facilitates Jewish culture clubs in over 300 public schools in North America, including over 30 in Canada. The goal of JSU is to inspire positive Jewish identity in Jewish teens by offering low-barrier opportunities to engage in Jewish programming, bringing the program to them at their schools. JSU clubs serve food and run educational activities, touching on topics that include Jewish holidays, ethics and values, Israel, antisemitism, and more.

The growth of JSU in Ottawa since Rabbi Dave’s arrival has been rapid. From only two clubs when he joined NCSY last fall, there are now nine JSUs engaging teens across the city on a regular basis. NCSY Ottawa broke new ground last spring, when their new club in the Grade 7/8 division of Sir Robert Borden became the first JSU in a public middle school in Canada. Its foray into Kanata also continues to pick up steam as meetings with parents and the Jewish Federation of Ottawa, which provides a substantial portion of funding for Jewish culture clubs, suggests there is an audience and demand for additional JSUs and/or other NCSY programming in Kanata.

Why are teens expressing new interest in exploring their heritage? It could be the food – JSUs serve pizza, bagels and cream cheese, and holiday-related treats. Just as likely, it’s the fun activities and educational content that are drawing teens in. At a time when antisemitism is growing and many are feeling disconnected from community life, it is heartwarming to see teens embrace these opportunities.

At the same time, JSU clubs have facilitated partnerships with other groups, educating the broader school communities on important issues. Multiple times this school year, Rabbi Dave has been invited to Ashbury College as a featured speaker on topics such as bullying, character development, and the meanings of the Jewish holidays.

Last spring, Rabbi Dave was invited to speak at Lisgar Collegiate’s “Day Against Injustice,” which he attended with a Holocaust survivor and an Israel advocacy expert from the Centre for Israel and Jewish Affairs. This was the first time that antisemitism had been featured at this annual event, and the invitation came as a direct result of Rabbi Dave’s presence at Lisgar through JSU.

Many Ottawa teens seem to be embracing the opportunity to connect with their Jewish identity, and have sought other avenues to get involved Jewishly. These include Torah High, NCSY’s after-school program where Jewish students in public schools earn high school credits in Jewish studies and Hebrew language; social programs; Shabbatons, summer programs to Israel; internships in Israel advocacy; Shabbat dinners; casual learning programs such as Latte & Learning, and more.

For more information about NCSY Ottawa’s programs or to find out how to start a JSU in your child’s school, contact Rabbi Dave Rotenberg at rabbidave@ncsy.ca or 613-889-3283.