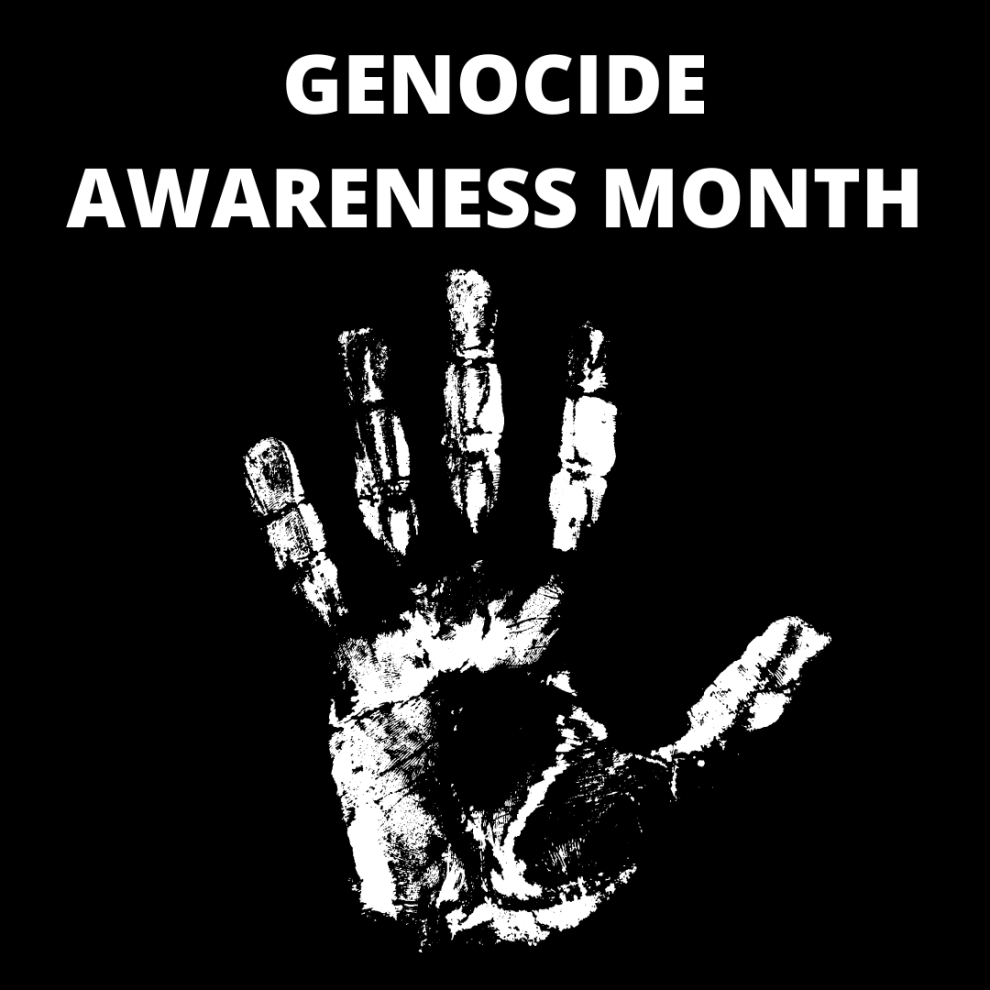 A first-time initiative attracted 50 students to tune in to a panel discussion, hosted by Hillel Ottawa, to mark April as Genocide Awareness, Education, Condemnation and Prevention Month. Together with Hillel, this cross-cultural panel was put together by the Armenian Students' Association of Ottawa, the University of Ottawa Ukrainian Students' Club, and the University of Ottawa Sikh Student Association.

“The idea was conceived by Gershon Tsirulnikov, a student involved with both Hillel and the Ottawa Ukrainian Students' Club. Tsirulnikov has been working to build coalitions and friendships between university clubs this year, which is amazing,” said Sasha Kathron, director of Hillel Ottawa.

“We started by bringing together the Hillel Club and the Ukrainian Club and then reached out to all other clubs who had undergone some type of genocide,” said Kathron. “The Sikh and Armenian clubs were quick to respond and join the coalition.”

“I’m not separating us,” said Demoyan in his presentation. “This is human history. Genocide is a part of our human history. It’s unfortunate that even still today we live in an age of genocides.”

Demoyan made connections between each culture’s genocides, noting that it was important to not claim the “privilege” of being first, or being the most exceptional when we speak about genocides.

“We must erase the borders. When we’re talking about genocides, yes I am Armenian but I am also a Jew, a Sikh, a Ukrainian,” said Demoyan. “This is a universal experience.”

The panel also included Tetiana Soproniuk, editor at the National Museum of the Holodomor Genocide, who spoke about the Holodomor (1932-1933).

“Our common duty as nations and communities is to not let genocides happen,” said Soproniuk.

Meenu Kanwal-Ghag, who lived through genocide as a child, presented on the Sikh Genocide of 1984.

In addition to being considered a “trial” year and aiming for a larger event next year, this year’s event served a bigger purpose, according to Kathron.

“The whole point was to build community between these groups,” she said. “It helps people relate to one another and realize that we’ve all kind of gone through the same kind of thing, the same type of trauma. It is now easier for groups to be allies to one another on campus and to stand up against hatred of all kinds together.”

Now, if an antisemitic incident were to happen on campus, Kathron said it will feel like someone “has their back.”  Plus, statistics show that the presence of cross-cultural campus organizations reduces hate-related incidents by up to 40 per cent.

Kathron called it a “coalition-building experience,” noting that not many other Hillel organizations have been able to pull off something similar.

“An event like this is so important because it helps recognize the trauma that our people went through not too long ago,” said Shatine Tachdjian, president of the Armenian Students' Association. “Trauma can, a lot of the time, be dismissed and misunderstood. Genocide is still something horribly realistic even today.”

“The one thing we do share is a history of death and hate,” said Tachdijan about the groups. “Something many people can relate to, and therefore it is up to us to come together and speak up, not only of our genocides and ways to be resilient but to help others who are going through the same struggles.”

A representative for the UOttawa Sikh Student Association called the event “innovative,” adding that they hope it sheds light on genocides.

“The diversity of the audience and guest speakers is extremely valuable, for events such as these allow for community building and learning opportunities.”

A spokesperson for the University of Ottawa Ukrainian Students’ Club agreed.

“Genocide targets people based on traits deemed to be salient — in other words, differences. So, I think it's quite powerful that now we are united through difference.”

As Demoyan put it at the beginning of the event, “we have a universal duty for civilization to learn about genocides as they are crimes against all humanity.”

Kathron is hoping that the event can become just that — an educational experience — and that there will be another one next year.

“We get caught up in our own culture and experiences, so it is difficult to think that someone wouldn’t know about the Holocaust — but I don’t know about these other genocides,” she said. “So how can I expect people to be educated on mine?”

The discussion was concluded with a call to action, encouraging people to go out and learn about all genocides to better be prepared to work together to ensure they stop happening.