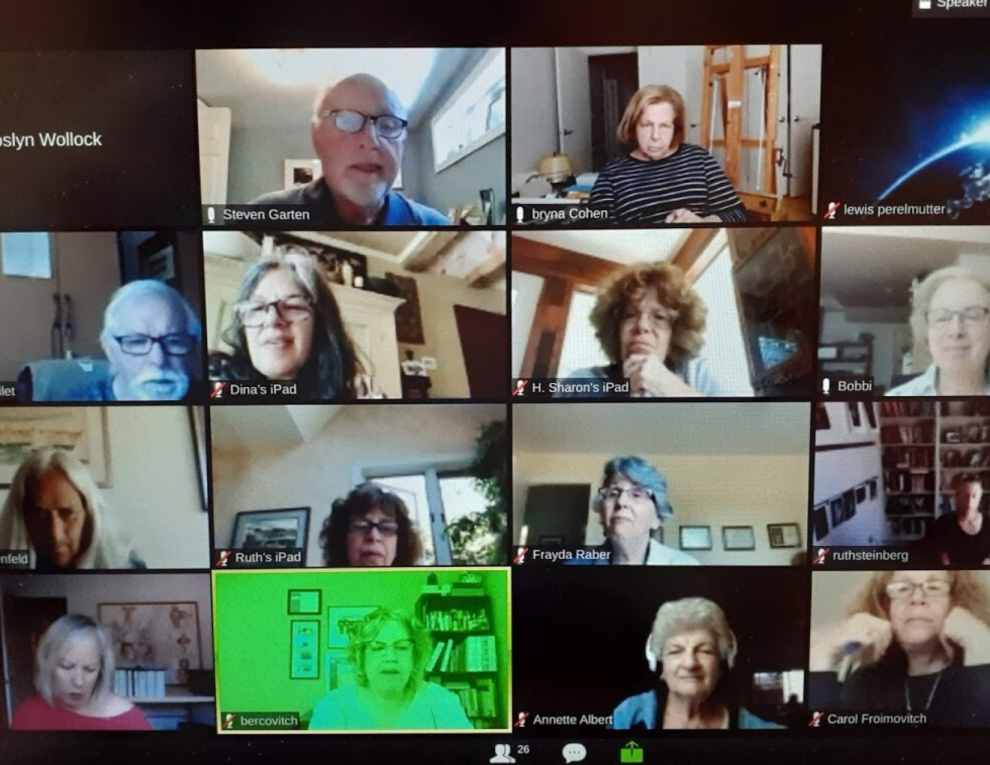 Developed at the Hebrew University of Jerusalem, the Melton School, pluralistic in its approach, has enjoyed tremendous success in Ottawa. The newly minted class of 2020 was inspired weekly by their well-regarded faculty members, who are recognized as some of our community’s best adult educators. Rabbi Steven Garten, the Melton School’s Ottawa director, together with Rabbis Deborah Zuker, Idan Scher and Daniel Mikelberg navigated the course of study through the use of primary sources, the wisdom of the sages, scholars, educators and through insightful, thought-provoking discussion. At the conclusion of the two-year program, students are equipped with a clearer understanding of the purposes and rhythms of Jewish life, Jewish history, and Jewish ethics.

“I eagerly looked forward to each Wednesday morning. Thank you for the wonderful and meaningful lectures and discussions,” wrote graduating student Annette Albert in comments that were typical of her classmates. “I learned a lot and benefited from all four diverse and important sessions. It also further enriched my shul time, and my understanding of our past and many of our rituals. The learning environment was comfortable and inviting – my classmates, knowledgeable, compatible and sincere.”

Few graduates of the two-year program stop there. The core curriculum has only served to whet the appetite of many students whose Jewish learning came to a halt as young adults. Each year, in addition to the core program, the SJCC offers two 10-week graduate courses which are filled by graduates and non-graduates alike as soon as registration opens. This September two more mind-stretching graduate courses will be offered. Rabbi Reuven Bulka and Rabbi Scher will co-teach “Jewish Medical Ethics: A 21st Century Discussion,” and Rabbi Garten will teach “Vayikra (Leviticus)- A Call to Holiness.”

​If you’re interested in learning more about the Florence Melton School, contact Roslyn Wollock at rwollock@jccottawa.com or 613-798-9818, ext. 254.