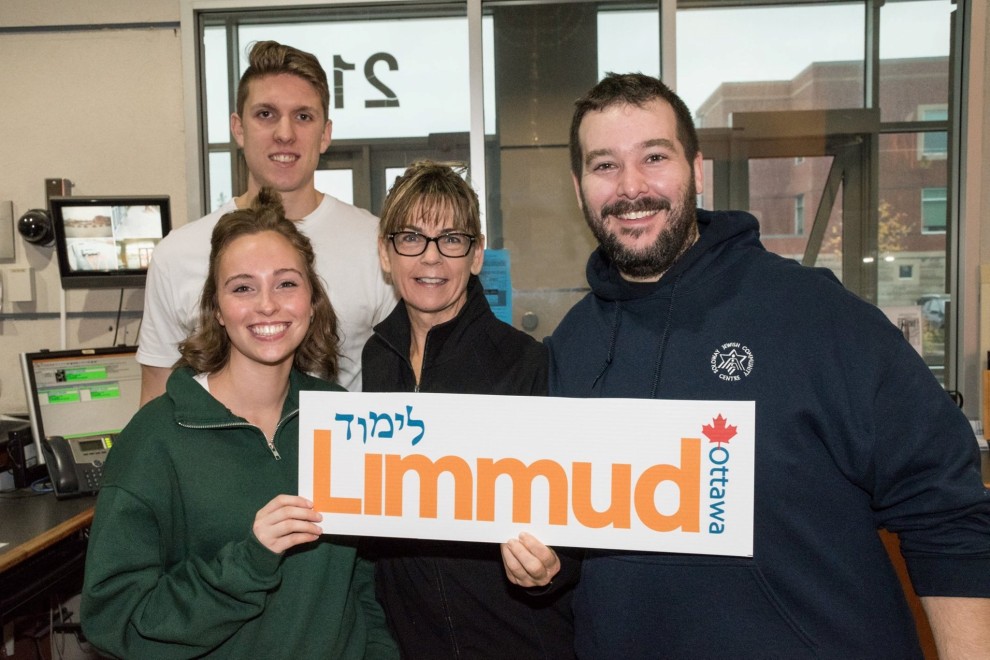 Compassion to be a focus at Limmud Ottawa 2019

By Louise Rachlis for Limmud Ottawa

Compassion will be key at this year’s edition of Limmud Ottawa.

Among the presenters will be Brian Goldman, host of CBC Radio’s “White Coat, Black Art.” Goldman, a veteran ER doctor described by CBC as “one of Canada’s most trusted medical broadcasters,” will discuss his new book, The Power of Kindness: Why Empathy Is Essential in Everyday Life.

There will also be a panel on compassion, which includes former Ottawa mayor Jackie Holzman, co-chair of Compassionate Ottawa, a volunteer organization working to make Ottawa more compassionate for people diagnosed with life-threatening illness. The all-day Limmud event on Sunday, March 31, at the Soloway Jewish Community Centre (SJCC) will cover many vital topics for the Jewish world and beyond.

“We’re going to have a conversation with an Indigenous leader, Claudette Commanda, on ‘Indigenous and Jewish community Reconciliation,’” said Jenny Roberge, an Ottawa mashgiach who was a co-founder of Limmud Ottawa in 2012. “Hopefully we’ll break a lot of barriers this year.”

Elder Claudette Commanda is an Algonquin Anishinabe from Kitigan Zibi Anishinabeg First Nation and is executive director of the First Nations Confederacy of Cultural Education Centres. Roberge said there will also be a focus on the Sephardic philosopher Maimonides.

“The Israel Museum in Jerusalem just opened a new exhibition on Maimonides and we will have a speaker on Maimonides from the Zelikovitz Centre, Soroosh Shahriari,” said Roberge. Her topic will be “Maimonides’ Philosophical Religion vis-à-vis Spinoza’s Theistic Revolt.”

Roberge also points out that Limmud supporter Rabbi Howard Finkelstein of Congregation Beit Tikvah and the Ottawa Jewish Community School will be retiring later this year. “He has been so supportive of Limmud and we will have an opportunity to say thank you.”

From Israel, Hen Mazzig, named by the Algemeiner website as one of the “top 100 people positively affecting Jewish life” for 2018, and an expert on Israel and gay rights advocacy, will speak about how to fight the new anti-Semitism and BDS. There will also be a session for students on Israel, BDS and campus advocacy with Rebecca Katzman.

“We will even have a session on international migration from a Jewish prospective,” Roberge said, “presented by Howard Spunt, who served as a Canadian diplomat for 37 years.”

Other speakers will include Zane Caplansky, owner of Caplansky’s Deli in Toronto, and Adam Moscoe, will will discuss “Leonard Bernstein at 100.” Visit www.limmudottawa.ca to see the full list of Limmud presenters.

Limmud Ottawa is affiliated with Limmud International and has partnerships with the Max and Tessie Zelikovitz Centre for Jewish Studies at Carleton University, the Vered Jewish Canadian Studies Program at the University of Ottawa, and is a beneficiary of the Jewish Federation of Ottawa.

Limmud Ottawa 2019 takes places throughout the morning and afternoon on Sunday March 31 at the SJCC. Adult admission for the day is $36 which includes all sessions and a light kosher lunch. For more information, or to pre-register, visit www.limmudottawa.ca. Pre-registration is highly recommended as Limmud Ottawa has sold out in the past.