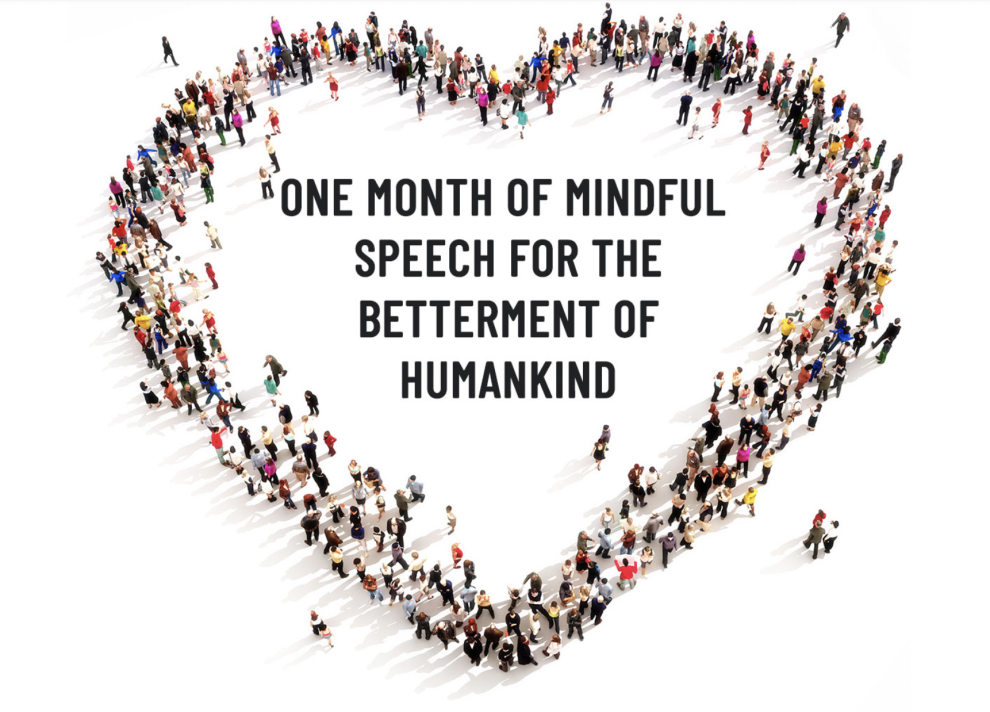 One month of mindfulness — could you do it?

The Clean Speech Ottawa program attempts to make it easier, with daily tips and guided video sessions to help. The community-wide education and awareness campaign is set out to unite people in the practice of Jewish mindful speech, to build a more positive and peaceful world.

The program, organized by Jewish Education through Torah (JET) runs for the entire month of May, but can be joined at any point in time.

Rabbi Zischa Shaps, founder of JET, helped bring Clean Speech to Ottawa. The program came from Denver, Colorado, where it was first run in 2019 and was very successful.

“They wanted others to be able to take advantage of the program,” says Shaps. “We were presented with the opportunity and Rabbi Kasriel Gewirtzman has a tendency to say ‘OK, we’ll do it!’”

“I thought that the community-wide aspect of the campaign, bringing the entire Jewish community together would be so appropriate for the spread-out community we have here in Ottawa,” said Rabbi Gewirtzman of JET.

To get organized, first the pair had to get other organizations on board — which they did, bringing in dozens including Jewish Federation of Ottawa, Soloway JCC, Hillel Ottawa, Jewish Family Services, Ottawa Kosher Food Bank, Tamir, Kehillat Beth Israel, Glebe Shul, and more.

“The other part of it was doing it in COVID times,” says Rabbi Gewirtzman. “We’ve been trying to figure out how to adapt it to this new virtual, socially distant world and reimagine it in a more COVID-times specific way.”

They secured funding and received a Microgrant from the Jewish Federation of Ottawa, andluckily the program was already created and so it was easy to implement.

“We don’t have to recreate the wheel, we’re using the materials that were done for us,” says Shaps. “The only thing that’s being tweaked are a few words here and there that relate to Canada or Ottawa and adding their own flavour to the marketing.”

At its root, Clean Speech is a month-long program designed to create a “greater awareness” of the words we use and the impact we have, says Rabbi Shaps. There are daily videos and lessons, a social media push and even a printed booklet being delivered to participants.

“The more people talking about, the more of a success it is,” says Rabbi Shaps.

Rabbi Gerwitzman agrees, saying they’ll measure success by not only how many view or comment on their posts, but also how dialogue changes in the community.

“We’re really hopeful that when that conversation happens and we remind each other of what we’ve been learning, that they’ll share that to other people as well,” says Rabbi Gerwitzman. “We won’t change everyone forever. It’s meant to promote awareness, to begin the conversation. We hope the participants will be working to bring it into their lives, use it as a building block.”

The program has also been recreated in Illinois and Minnesota, with a few other big cities coming on board. The goal is to have it land in about 40 cities across North America.

Although the program started on May 1, it’s never too late to join in. Find everything you need at https://cleanspeech.com/ottawa/