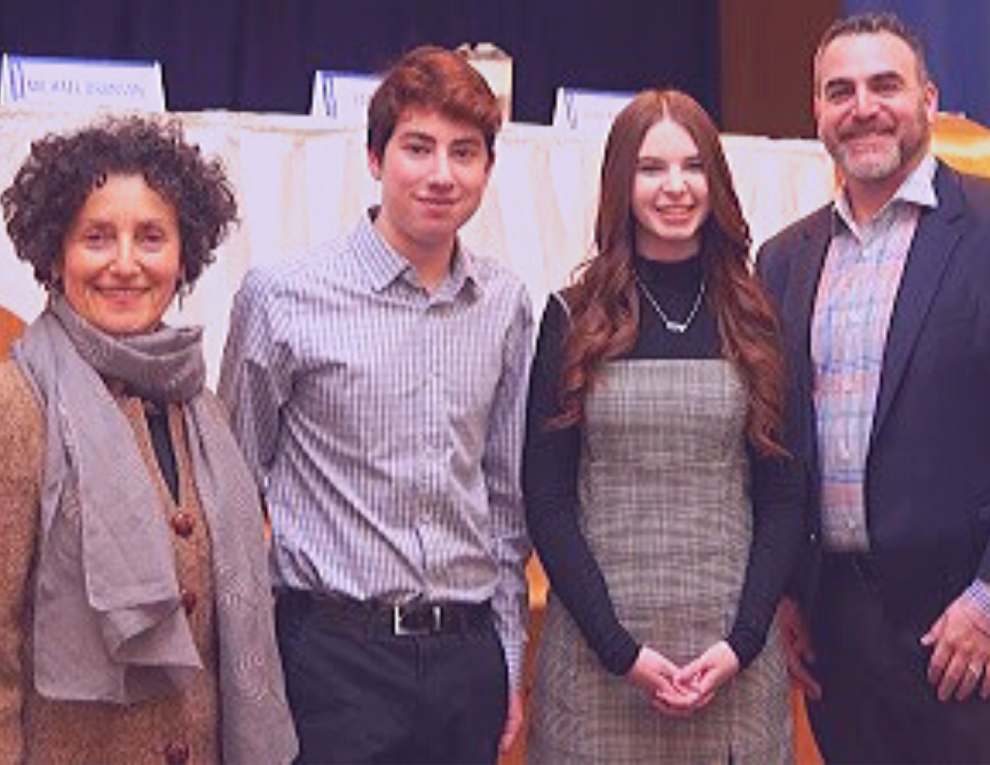 Allan Shefrin was appointed the new chair of the Soloway Jewish Community Centre (SJCC) Board of Directors at the SJCC annual general meeting, January 29.

A Winnipeg native and CHEO doctor, Shefrin has served on the SJCC Board for nine years and succeeds Michael Aronson in the position.

“When Steph and I moved back to Ottawa, we knew we wanted to get involved in the Jewish community as we looked ahead to the next chapters of our lives: meeting Jewish people, having kids and raising them Jewishly,” said Shefrin.

A highlight of the event was the presentation of awards to three outstanding volunteers.

Sabina Wasserlauf was the recipient of the Ben Karp Soloway JCC Volunteer Service Award. The award recognizes a volunteer who best exemplifies communal ideals and sets an ongoing example for others.

Wasserlauf, a clinical social worker, has been part of the SJCC since our doors opened over 20 years ago. She has been instrumental in the success of the SJCC’s Biathlon fundraiser and has facilitated educational programs. She has been on the SJCC board for 11 years and was board chair from 2016 to 2018.

In addition to her commitment to the SJCC, Wasserlauf has been involved with Torah Academy of Ottawa, the Ottawa Jewish Community School (OJCS), and Congregation Beth Shalom. She has volunteered for the Jewish Federation of Ottawa’s Annual Campaign and chaperoned the March of the Living in 2002.

Sabrina Silverstone and Maxwell Rosenberg received the Grossman-Klein Teen Leadership Award, presented annually to a male and a female teen who have shown outstanding dedication and service to the Jewish community and the community at large.

A Grade 12 student at Sir Robert Borden High School (SRB), Sabrina has been involved in A Ripple Effect, Kiwanis KEY Club and participated in the DECA business competition. She is a member of the SRB Link Crew, helping new students learn the ropes. She has been part of the school play, both on stage and behind the scenes, and was been nominated for a Cappie award.

Since Grade 9, Sabrina has been part of Torah High serving on the NCSY student board and as co-president. Following a trip to Israel and Poland this past summer, she attended Yale University’s Tikvah Institute. She served on SRB’s Holocaust Education Committee and has been an Israel advocacy intern through Hasbara Fellowships.

A Grade 11 honour-roll student at SRB, Max has spent his life on the Jewish Community Campus. He attended Ganon Preschool, OJCS and JCC Summer Camps where he now spends his summers as a counsellor.

At his OJCS graduation, Max was honoured with the Michael Hill Memorial Award for outstanding social consciousness. He has been a student at Torah High, regularly attends Jewish Culture Club and participates in Kehillat Beth Israel events. Max has been in the SRB play and last year was nominated for a Cappie for best comedic actor.

Aside from working at the SJCC in the summers, PD Day, Break Camps and babysitting, Max’s volunteer time at the centre go above and beyond his required hours. He also lends his time at school giving tours to prospective families and on Halloween spends the evening scaring kid as they make their way through the Halloween Haunted House for CHEO.