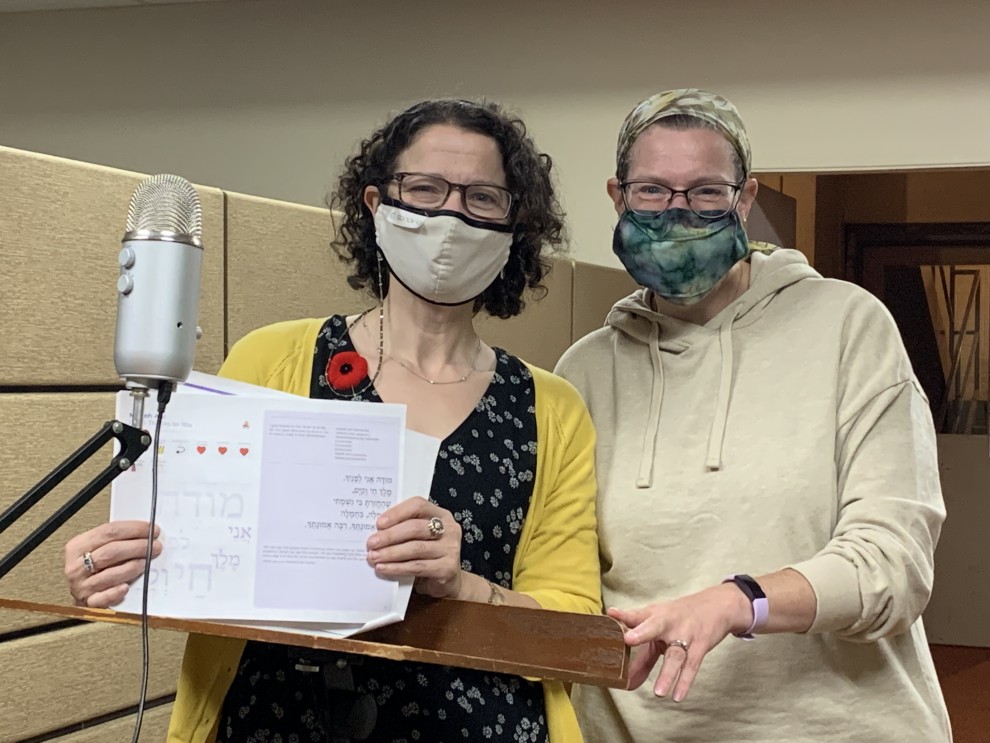 What better time to release an accessible Siddur than Jewish Disability Awareness and Inclusion Month?

Jodi Green, the coordinator of Judaic outreach and inclusion at Tamir, just finished editing a draft of a new Siddur — the Jewish prayer book, which contains the entire Jewish liturgy used for daily prayers.

The first accessible Siddur project was created by a U.K.-based organization called JWeb, which is a user-led hub of information. While JWeb’s Siddur is downloadable to anyone who wants to access it, it wasn’t quite suitable for the Ottawa community.

“What they did was amazing,” said Green. “But it wouldn’t translate to a local Ottawa audience. So, we took their framework and made adaptations to fit our community.”

Funded in part by a Jewish Federation of Ottawa microgrant, Green took it one step further and recorded audio tracks, working with clergy, so that people can learn prayers outside of Shabbat.

“So, they don’t have to learn as they go,” said Green. “We included male and female voices and gender inclusive language when appropriate, all with the guiding council of clergy.”

She explains how the siddur will be accessible for those who could not use a traditional prayer book.

“What about people who don’t read, for a variety of reasons?” said Green. “Ours includes pictograms, which will hopefully open up the service to a wider swath of people. We want to make sure every member of our community feels valued and included.”

The project’s been in the works for about a year and is currently being shared for feedback. They hope to go to print in a few more weeks.

‘It’s thrilling … I can’t wait to hold the printed book in my hands and start distributing it,” said Green. “A book is just paper until someone uses it.”

So far, the response has been overwhelmingly positive. Green said they plan to give two copies of the accessible Siddur to every congregation in Ottawa.

“More copies can be purchased, and a downloadable version will be available on the Tamir website,” said Green. The audio tracks will also be downloadable for free.

Green said the goal is to make it a “Siddur you would pull off the shelf like any other,” and hopes to have partnership Shabbat services to help clergy learn to use it to its full potential.

If you would like a printed copy, please email jewishlife@tamir.ca to request one.