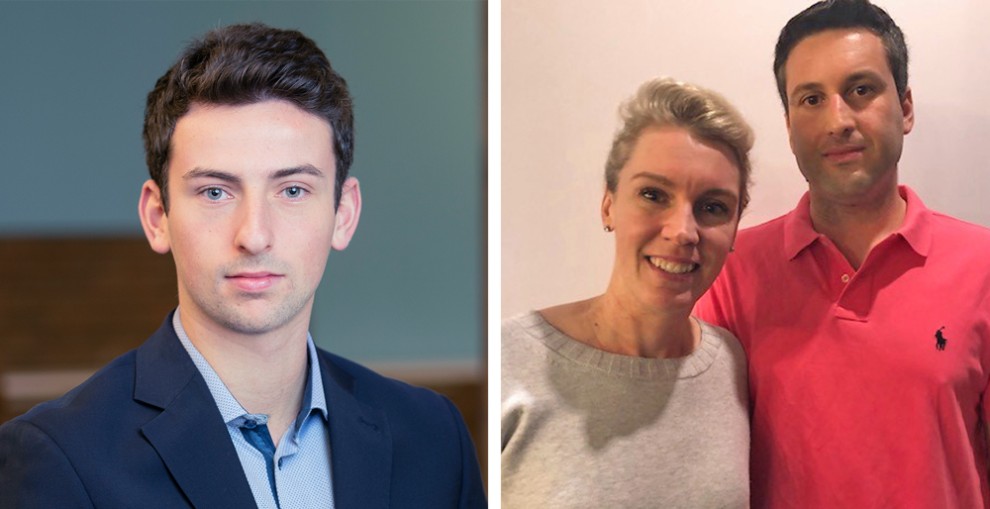 The Jewish Federation of Ottawa’s Emerging Generation Campaign team of co-chairs is looking forward to building connections, and engaging this demographic of community members in the upcoming year.

Samantha Sigler and Shlomi Barkan, and new co-chair Jared Jenicek, are excited about meeting new people through their roles.

“It’s one thing to call someone for canvassing, it’s another to meet people with whom I’ll have lifelong connections in this city,” said Jenicek.

Sigler agreed, adding that “our community is really important — all we have is each other, we have to strengthen those bonds.”

A lawyer by training, Sigler qualified in England, then Israel and then returned to Ottawa where she was from to qualify in Ontario as well. She was gone for about 15 years, but has now been back in Ottawa for four.

Jenicek is new to Ottawa as of 2016, when he came for school.

“It was then that I met such amazing people like Dovi Chein and Rabbi Chaim Boyarsky,” said Jenicek. “As a student, I was fortunate to have undertaken student leadership roles with both Hillel [Ottawa] and Chabad {Student Network]. Given how friendly the city was to me in all aspects, it was clear that Ottawa would be the place where I would want to stay post-graduation.”

Barkan, originally from Israel, returned with Samantha after the birth of their first child. They now have a family of four, with a two and four year old. Barkan volunteers with the Israeli expat community and with the Jewish National Fund of Ottawa. Sigler and Barkan served as co-chairs in 2021-2022, and are now in their second year in the role.

“My family has always been involved in the community,” said Sigler. “I  think growing up with a family that was so involved instilled in me that desire or basis for involvement.”

Beyond her role with EG, Sigler is also on the boards of both Congregation of Machzikei Hadas and Ganon Early Beginnings daycare.

As a team of three, the co-chairs feel they are uniquely positioned to make strong connections.

“Three heads are better than one,” said Jenicek. “When three passionate people come together, anything is possible! I’m most looking forward to working with such dedicated people. People like [Sigler and Barkan] are what we need as a community! The next generation, the emerging generation, is fierce and strong.”

Sigler agreed, adding that she was looking forward to working with someone rooted more in the demographic they’re targeting.

“Jared is younger, he has different connections. It’s nice to have that synergy,” she said. “He brings that to the table. I’m looking forward to working with his experiences.”

The whole team hopes to increase participation in and awareness of Federation and its work.

“As a student, and even shortly after graduation, Federation can seem a little distant. Bridging the gap between our generation and the next what I want for us,” said Jenicek.

“I want to work with the professionals at Federation to implement their goals,” added Sigler. “Truly, I think that’s what the lay chairs are here for.”

Check out their bios and connect with the chairs here.