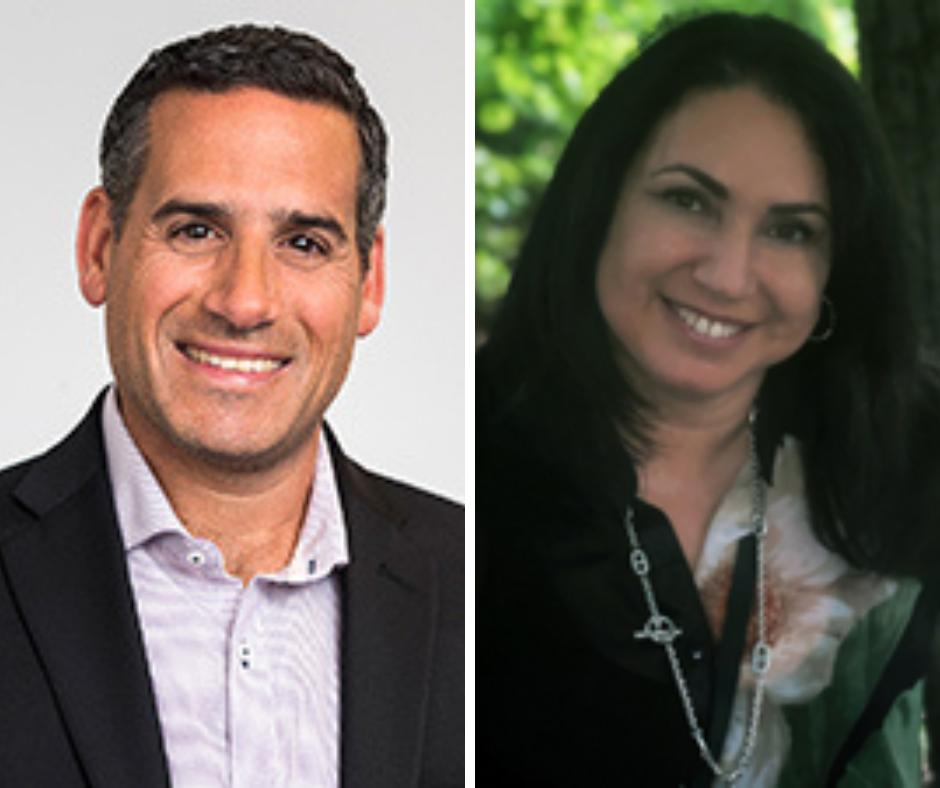 The challenges have kept coming. From lockdown to reopening; from conflict in Israel to war in Ukraine; from economic pressures to rising inflation; from certainty to uncertainty again.

Through days that tested our resolve, we did not waiver. And now we head into our Annual Campaign season with Josh Engel and Evelyn Silverman at the helm as this year’s co-chairs.

As part of last year’s team, Engel said he’s amazed time and time again at how generous the Ottawa Jewish community is.

“The community rallies around each other to offer support in challenging times,” said Engel. “The COVID pandemic has gone on for a long time and has changed things in how we’ll move forward, but our community continues to step up.”

Engel pointed to how “creative” community members and organizations have gotten in pivoting to new initiatives like virtual events. Born and raised in Ottawa, Engel considers himself a product of the community — he attended and graduated from Hillel Academy, had his B'nai Mitzvah at Agudath Israel Congregation (now KBI), and attended Camp B’nai Brith of Ottawa as both a camper and counsellor.

“I look forward to engaging with new members,” he said about the upcoming Campaign. “I grew up here but I didn’t know Karen (last year’s co-chair) and now Evelyn before this. When you get involved in any capacity, it’s an opportunity to engage with people new to you.”

Evelyn Silverman agreed, adding “I’m looking forward to connecting with people I don’t normally know or connect with.” Silverman, originally from Montreal, was honoured to be asked to serve as co-chair this year.

“I was overwhelmed by the prospect of doing this but innately I like to give back,” she said. “I do well one-on-one so I think when I’m meeting with people, that will be good for me. In that way, I feel like I can make a difference.”

Silverman is an active member of Congregation Machzikei Hadas synagogue and has served on its executive committee for two years. She also taught at the Ottawa Jewish Community School.

“My peer group really doesn’t understand what Federation does,” noted Silverman as to why she’s uniquely positioned to have success as Chair. “Once it’s pointed out to them, they realize they’ve already been a part of it. I can say ‘This is why I give and this is why I’d like you to.’”

Engel also noted that he thinks community members don’t always understand how allocations are made to community agencies.

“People think maybe there’s not a lot of oversight, but there’s a very dedicated committee devoted to the allocations and assessing the needs of the community as a whole,” he said.

Both Engel and Silverman welcomed their roles as opportunities to give back.

“Everything the Jewish community gave to me has contributed greatly to my success. I benefited from the community around me,” said Engel. “It’s an opportunity to give back, to do something meaningful.”

“The community, they never let us down,” added Silverman. “They’re amazing people.”

Federation has identified three main areas of priority for 2023 to transform challenges into opportunities: empowering our most vulnerable, countering antisemitism, and ensuring access to Jewish life and education.

Learn more about the Annual Campaign and donate at https://www.jewishottawa.com/annual-campaign-2023-go-forward.

Learn more about the Chairs at https://www.jewishottawa.com/giving/annual-campaign/campaign-chairs.